This post is based on an email that was sent and in no way reflects the views and opinions of ''Met'' or Jamaicanmateyangroupie.com. To send in a story send your email to likeacopcar.78@gmail.com
August 18, 2013 8:30 am

A woman has reportedly sawn off her husband’s penis with a bread knife after catching him cheating on her with another man. 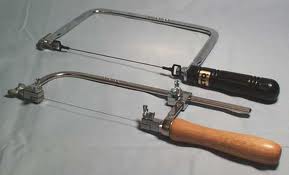 The Brazilian man and his penis were rushed to hospital but the organ could not be saved.

The woman is believed to have waited several days before exacting revenge on her 28-year-old husband, who did not know she had found him in bed with a man at their home in Santos, southeast Brazil.

Then on Wednesday night she suggested the couple play out a sexual fantasy in which she would tie him up on the bed, which he readily agreed to, friends of the woman told Brazil’s Globo G1 website.

But when he was completely immobilised, she took a bread knife from the kitchen and began to saw.

The man was rushed to hospital, where doctors on Friday described his condition as stable.

But his penis “was not in a condition” to be transplanted, and he will probably have to use a catheter for the rest of his life, they said.