This post is based on an email that was sent and in no way reflects the views and opinions of ''Met'' or Jamaicanmateyangroupie.com. To send in a story send your email to likeacopcar.78@gmail.com
June 6, 2013 6:35 am 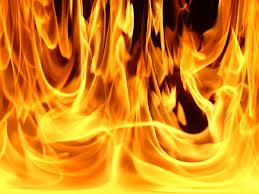 BIZARRE: Witchdoctor house GOES UP IN FLAMES immediately she is arrested in Naivasha
There was drama in a village in Naivasha after a famous witchdoctor was arrested yesterday and her house immediately went up in flames shocking area residents who were happy of her arrest.

According to one of the residents, the woman from Uganda was famously known for her sorcery activities and police had arrested her after they were informed.

On the sad day, residents of Kamere estate woke up to an unexpected incident after her house started burning by itself immediately she was arrested. They ran helter skelter fearing for their lives.

Speaking to the media, an eye witness Jack Wafula said that a group of Ugandan witchdoctors had been living together in the same house. They claimed to treat various types of diseases including family disputes.

The fire consumed the whole house and nothing was salvaged.

While confirming the incident, Naivasha OCPD Paul Korir said that the suspect will be charged with being in the country illegally. He added that if found guilty of witchcraft allegations, she will have to pay for all the damages.