This post is based on an email that was sent and in no way reflects the views and opinions of ''Met'' or Jamaicanmateyangroupie.com. To send in a story send your email to likeacopcar.78@gmail.com
August 21, 2013 6:30 am 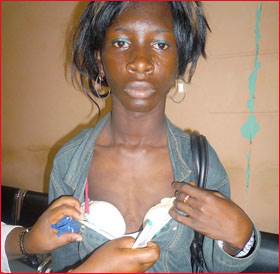 The Police in Kenya said Tuesday said they were battling to contain a new trend of commercial sex tourism that targets young boys in the coastal towns of the country .

The reports monitored from a local radio station, quoted Police as saying the trend had caused the rise in the sale pampers in the region due to the rising health problems among boys indulging in the act.

The Police official said the situation had lead to an increase in number of cases of HIV/AIDS spread in the area.

“A survey we conducted shows that boys engaging in sexual activities with male tourists are buying pampers because they can no longer hold their stool, “Nkanatha said.

Nkanatha, who spoke during a Public Baraza at HGM primary school, Malindi said “male prostitution had become high
in Malindi and contributing to increased cases of HIV and AIDS.

He urged educated and concerned members of the public to take up the responsibility of enlightening the youths
about the health risks of engaging in the vice.

Malindai is a resort town on the outskirt of Nairobi, the Kenyan Capital which attracts Tourists from within and outside Africa. (NAN)