This post is based on an email that was sent and in no way reflects the views and opinions of ''Met'' or Jamaicanmateyangroupie.com. To send in a story send your email to likeacopcar.78@gmail.com
August 4, 2013 8:30 am 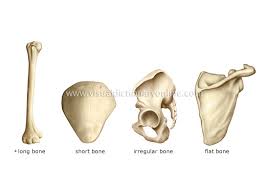 Nigerian Tribune reports that police acting on a tip-off, swopped on the hotel located at the bank of the River Niger in the popular Ose-Okwodu market in the early hours of Thursday. After several intelligence gathering concerning the criminal activities in the said hotel, where they arrested 11 suspects, which included male and female accomplice and the owner of the hotel.

According a police source, who pleaded anonymity, he reviewed that during the operation that lasted for hours, the police team, led by a senior police officer attached to the IGP Monitoring Unit, cordoned off the hotel after several intelligence reports that human meat were being served to guests in the said hotel.

He revealed that when the police got access to the hotel, they made a startling discovery of two decomposing human heads wrapped in a cellophene bag, two military AK47 rifles, two army caps, 40 rounds of live ammunition and so many cell phones.

Also speaking on the incident, a market woman selling vegetable at the Ose-Okwodu market, opposite the hotel, where the suspects were arrested, said she had raised the alarm over the criminal activities in the hotel before the incident.

“Each time I came to market, because the hotel is very close to the market, I always noticed some funny movements in and out of the hotel, dirty people with dirty characters always came into the hotel. So, I was not surprised when the police made this discovery in the early hours of Thursday,” she said.

A pastor who also demanded anonymity said: “I went to the hotel early this year, after eating, I was told that a lump of meat was being sold at N700, I was surprised. So, I did not know it was human meat I ate at such an expensive price.”