This post is based on an email that was sent and in no way reflects the views and opinions of ''Met'' or Jamaicanmateyangroupie.com. To send in a story send your email to likeacopcar.78@gmail.com
June 30, 2016 6:30 am

A 34-YEAR-OLD Epworth man has been arrested on allegations of setting his wife on fire for failing to prepare food for him.

He set his wife Sifelani Mutsuta (30) on fire and is not denying the charge.

Mupeteri’s plea recording is expected to continue today before Mahwe hands down his ruling.

Prosecutor Sebastian Mutizirwa told court that the incident occurred on June 28 around 4pm. 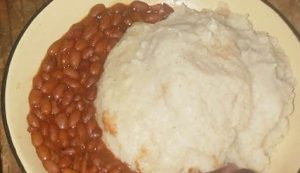 The two, who are not employed, were at their place of residence when Mupeteri asked his wife why she had not prepared sadza for him.

The court heard that Mutsuta told her husband that she did not prepare anything for him because she had no money.

This triggered a heated argument which resulted in Mupeteri slapping his wife twice on the face.

He then proceeded to take a paraffin container which he emptied on his wife before he grabbed matches he used to set her alight.

The court heard the wife then grabbed Mupeteri in a bid to extricate herself and was later rescued by others.