This post is based on an email that was sent and in no way reflects the views and opinions of ''Met'' or Jamaicanmateyangroupie.com. To send in a story send your email to likeacopcar.78@gmail.com
June 7, 2013 6:30 am 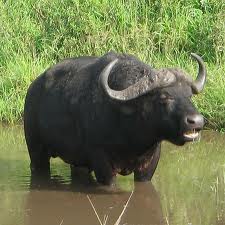 A man from Kagwede village under chief Chireya in Gokwe North, was on Tuesday slapped with a 10-year jail term after he stole an ox worth $250 from his brother’s wife and used it to settle lobola with his in-laws.

Last Munyonho (23) pleaded not guilty to stocktheft when he appeared before Gokwe resident magistrate Sheppard Mjanja.

The magistrate, however, convicted and sentenced him to 10 years in jail.

A year of the sentence was suspended on condition he paid the complainant $250, the equivalent of the cost of the beast.

The court heard that on May 4 at 10am, Munyonho went to his brother’s home and drove away an ox belonging to his sister inlaw Ottilia Muchiwa (28).

He took the beast and used it to pay lobola to his in-laws in the same village.