This post is based on an email that was sent and in no way reflects the views and opinions of ''Met'' or Jamaicanmateyangroupie.com. To send in a story send your email to likeacopcar.78@gmail.com
September 5, 2014 6:26 am 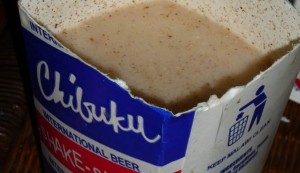 A Harare man claimed in court yesterday that opaque beer brings him closer to God and that he remembers most church hymns and gets into a preaching mood whenever he is intoxicated.

But William Dambaza’s wife, Gladys Rushwaya, told the Harare Civil Court that far from being godly, opaque beer made him violent and he was in the habit of assaulting her whenever he got drunk.

Dambaza insisted that there was no way he could assault Rushwaya after consuming the beer because it made him become “a real man of God”.

Rushwaya, who was seeking a protection order against Dambaza, said she was attacked with a garden fork and a knife in the latest incident.

Rushwaya told magistrate Ms Tatenda Mananzva that Dambaza once attempted to stab her with a knife while he was drunk.

“He is not employed and each time I give children money to buy food he takes it from them and buys opaque beer,” said Rushwaya.

Dambaza denied the allegations, saying problems with his wife started when he lost his job. Dambaza said it was his wife who was in the habit of physically abusing him, saying he once reported her to the police after she assaulted him with a garden fork.