This post is based on an email that was sent and in no way reflects the views and opinions of ''Met'' or Jamaicanmateyangroupie.com. To send in a story send your email to likeacopcar.78@gmail.com
June 10, 2013 6:30 am 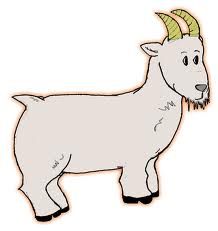 A man from Murang’a yesterday escaped death narrowly after he sought refuge at a chief’s camp to avoid the wrath of the locals after they caught him having s3x with a goat.

The man was caught defiling the young goat after he untied it from the owner’s compound.

Sources reveal that the man who was a binge drinker never even had a home for himself. He used to sleep on animal sheds after he squandered all his money and sold his house.

He was caught defiling the young goat by the owner who had given him a place to sleep. He alerted the neighbours who came in large numbers to teach him a lesson.

They beat him thoroughly before he was rescued by the area chief from the mob which was baying for his blood. He was taken to the chief’s camp where he has pitched camp waiting to know his fate.