This post is based on an email that was sent and in no way reflects the views and opinions of ''Met'' or Jamaicanmateyangroupie.com. To send in a story send your email to likeacopcar.78@gmail.com
June 23, 2013 8:36 am 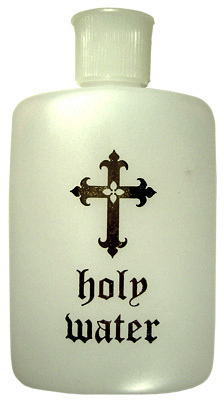 A source close to the married couple, said the two, Nigel Dube and Simangaliso Dube, have been living separately for more than a month. It is said that the water, which is reportedly selling like hot cakes in the mining town, was brought by the man after a trip to TB Joshua’s Synagogue Church of All Nations (SCOAN) in Nigeria in April.

“That water is big business this side. What happens is that there are people who organise trips to the prophet’s church and those who go there always bring the water and sell it because of the belief that it is scared. So the guy went there and when he returned he sold the water together with his wife. They had shared it between themselves but after all the water had ran out, the man failed to account for the money,” said the source.

It is said that days after the incident, the woman packed her bags and left her matrimonial home.

“She took their three kids and she is staying with her uncle in Vic Falls,” said the source.

Attempts by the man to bring back his wife have all hit a brick wall, it is alleged.

When contacted for comment, Simangaliso said she was heartbroken.

“I don’t really have much words to say but what I can say is that he is not trustworthy. We were supposed to buy a car with that money but he decided to use it on girlfriends and that is very irresponsible,” she said.

Asked how much money was missing, she simply said “It was a lot”.

On the other hand, the man said his wife should not complain because he is the one who went to fetch the water from Prophet TB Joshua.

“Before we start talking about many things, I am the one who went there. If I wanted I would not have brought the water here. She should just come home and stop all this fighting because it’s not helping anymore,” he fumed.