This post is based on an email that was sent and in no way reflects the views and opinions of ''Met'' or Jamaicanmateyangroupie.com. To send in a story send your email to likeacopcar.78@gmail.com
August 28, 2013 6:33 am 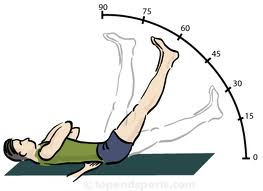 A 47 Year old man set the court roaring into laughter when he said he wants to get a second wife because his wife sleeps like a log when making love.

Amos Shimwete, 47 told the senior court magistrate Sera Nyendwa of the Lusaka Boma Court that his wife Susan Shimwete, 40 refuses to lift her legs when making love with him, saying, ” I can not be lifting my legs as if I’m in labour.

But Susan told the court that she refuses to lift her legs when having sex for fear of having her Iabia min0ra , locally known as malepe been cut off by him for ritual purposes

In passsing judgement the court said Susan contributed to their marriage breakage because she was intentionally failing to satisfy her husband sexually.

This was in a matter in which Shamwete of Linda Township sued Susan of the same township for marriage reconciliation. they got married in 1997 and have four children together.

Shamwete told the the court that problems in their marriage started when he told his wife about his intention to get a second wife.

According to Shimwete his wife out-rightly rejected his proposals adding that she did not want to be in a polygamous marriage.

Shimwete said his wife told him that his wife said they would never have have sex just after he told her about the intentions to get a second wife and had since been sexually starving him for two years.

In her statement, Susan said their marriage problems started when her husband wanted to cut off her malepe to use them for charms to boost his business.

‘My husband told me that he wants my malepe so that we can get rich. I refused him to cut them and this is the reason I prefer sleeping like a log when making love for fear of having them cut”, she said.

In Passing judgement the courts said Susan contributed to the break up of their marriage because she could not make him happy.