This post is based on an email that was sent and in no way reflects the views and opinions of ''Met'' or Jamaicanmateyangroupie.com. To send in a story send your email to likeacopcar.78@gmail.com
July 9, 2013 6:30 am 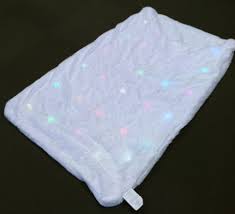 By KAPALA CHISUNKA
A 31–YEAR-OLD man of Chirundu Town narrated to the Lusaka Boma Court how his wife’s deliberate decision to sexually starve him for three years led him into another woman’s bed.
Aneil Banda told senior court magistrate Mable Mwaba that it was almost impossible to have sex with his wife, Jane Phiri because she denied him his conjugal rights and would instead put blankets in between them in bed to prevent him from touching her.
This was heard in a case in which Phiri, 21, of Arakan Barracks sued her husband Banda for divorce. The two got married in 2009 and have no children together.
But Phiri told the court that Banda’s biggest problem was infidelity; a situation she said had brought sexually transmitted infections (STIs) into their home.
However, passing judgment, the court granted divorce and ordered Banda to pay Phiri KR4,000 as compensation.
Banda told the court that although they had been having problems for a long, their marriage took a nose-dive early 2011.
“We had a fight that night and she boldly told me that we should stop having sex for as long as was necessary and that I should inform our relatives about that situation as though I am the one who had made that decision,” he said.
Banda said he thought she only said that because she was upset, but it turned out she was serious about her decision. He said they went for days sharing the same bed but without having sex.
He said after a while he could not contain his urge for sex and would try to force himself on his wife for relief but she would adamantly refuse.
“She then brought in the idea of using different beddings on the same bed just to make sure I did not touch her. I complained to her that it was not fair and that I needed to ease my sexual desire on her but she did not succumb.
How were we supposed to have children when we were not having sexual relations, especially, that the situation went on for three years? Sex is an extremely important component of marriage, otherwise people would not marry,” he said.
Banda said he decided to inform both relatives about his wife’s behaviour but nothing was done especially, from Phiri’s side to try and rectify the situation.
He said she then asked him to stop pestering her relatives with trivial matters and instead ‘advised’ that he finds sexual relief from other women who were willing to share their bed with him.
“And that is exactly what I did; I met another woman whom I have since impregnated because I was not a happy man and husband for a long time in our marriage. Our relatives knew about my problem because I had travelled several times to Lusaka to complain,” Banda said.
He said when Phiri found out about the development, she packed everything in their home and asked him to take her back to her parents’ home. Banda said a few weeks later she sued him for marriage reconciliation but the court failed to reconcile them and advised them to instead sue for divorce.
But in her statement, Phiri said the major problem in their marriage was that Banda was a womaniser. She said she had never in the time they have been married denied him his conjugal rights.
“In fact he is the one who used to deny me my conjugal rights because he had sores on his private parts. I asked him several times to have them checked but he insisted that the doctors told him it was normal for men to have sores once in a while.
Every time I tried to touch him, he would say he was advised to refrain from sexual activities to allow the sores to heal,” she said.
Phiri said Banda has had affairs with four different women in all the four years they have been married. She said Banda was also a jealous man yet he was the one with a womanising problem.
“I now hear that he is married to the same woman who is pregnant. So, all I want now is a divorce, because I do not love him anymore, though I want him to give me money for business because he made me stop work when we were getting married,” she said.
Passing judgment, the court after reprimanding the couple granted divorce citing denial of conjugal rights. The court ordered Banda to pay Phiri KR4,000 with an initial first instalment of KR1,000 April monthend to be followed by KR300 monthly.
The court also ordered the couple to share equally property acquired together.