This post is based on an email that was sent and in no way reflects the views and opinions of ''Met'' or Jamaicanmateyangroupie.com. To send in a story send your email to likeacopcar.78@gmail.com
June 5, 2013 6:30 am 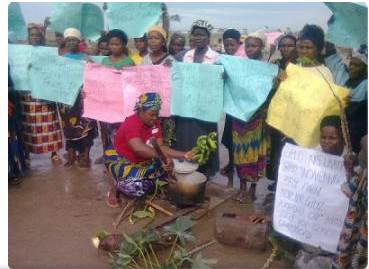 Widows have suffered hard times in Akwa Ibom state in a custom allowing the seizure of deceased husbands’ properties and subjecting their widows to inhuman practices such as shaving of the head and making them drink the water used to bath the corpses of their husbands, among others. A sigh of relieve can now be heaved in the Southern Nigerian state as the custom has now become illegal.

In a bill passed by the House of Assembly and signed by the governor, Chief Godswill Akpabio, the state government outlawed the custom which maltreat widows after the deaths of their husbands, declaring it as unlawful and inhuman.

Speaking on Democracy Day, the governor declared that it had become unlawful for widows to be maltreated in Akwa Ibom, saying defaulters of the law risk fines and three years imprisonment.

In her reaction, First Lady of the state, Chief (Mrs) Unoma Ekaette Akpabio, commended the House of Assembly and the governor for the pro-women law, describing the passage of the law as a breakthrough for the womenfolk in the state.

According to her, “I appreciate the state House of Assembly and the state governor for standing with the womenfolk through this law. Akwa Ibom State has, in the last five years, shown itself as pro-masses and pro-women.”