This post is based on an email that was sent and in no way reflects the views and opinions of ''Met'' or Jamaicanmateyangroupie.com. To send in a story send your email to likeacopcar.78@gmail.com
August 17, 2013 7:30 am 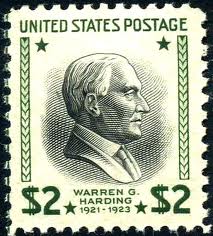 A policeman stationed at Lupane Police Station allegedly raped a minor and offered her $2 so that she could buy a cellphone line for her to communicate with him.

Tsholotsho resident magistrate Mr Carrington Karidzagundi heard this on the appearance of Clever Mafuriranwa (19) a constable who was on duty at Tsholotsho Business Centre where he had been deployed during the harmonised elections. The complainant is a 14-year-old girl from Tsholotsho.

Mafuriranwa was not asked to plead to one count of rape and was remanded in custody to Monday.

Allegations as presented by Ms Liane Nkomo are that on 2 August, the complainant was at her parents’ butchery at Tsholotsho Business Centre when Mafuriranwa arrived and proposed to her.

The court was told that the girl turned down his proposal and he patiently waited for her to close the shop.

When the girl closed the shop at about 9pm, Mafuriranwa allegedly asked her to accompany him and she agreed.

The court was told that when the two got to the back of the shop, Mafuriranwa allegedly asked to be intimate with the girl but she refused.

He allegedly grabbed her by the shoulders and raped her. After the alleged act, Mafuriranwa gave the girl $2 and told her to buy a cellphone line which she would use to phone him.

The court was told that in the morning, her mother noticed blood stains on her skirt and upon questioning she revealed that she had been raped by Mafuriranwa.

Her uncle went to the police to make a report leading to Mafuriranwa’s arrest.