This post is based on an email that was sent and in no way reflects the views and opinions of ''Met'' or Jamaicanmateyangroupie.com. To send in a story send your email to likeacopcar.78@gmail.com
June 10, 2016 10:27 am

The Independent Commission of Investigations (INDECOM) has launched a probe into the fatal shooting of two men inside a house on Denver Crescent in Maverley, St Andrew yesterday.

The dead men have been identified as Ramone and Rameish Cummings, 24-year-old twin brothers of a Waterhouse address. 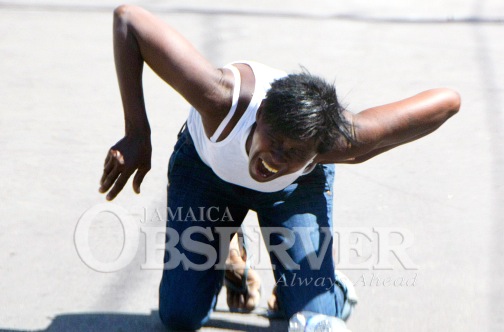 INDECOM, in a release yesterday, said that a team of 25 police officers was on an operation in search of wanted men and guns. It is alleged that the team, acting on information, went to Denver Crescent. On arrival, two people met them at the entrance of the house. It is alleged that the police advised the occupants that they wanted to “clear” the house. A confrontation, the police said, occurred when they entered the house.
The cops involved in the shooting were interviewed and served with notices and the weapons assigned to them have also been taken out of circulation and packaged for submission to the government forensic laboratory.

Further to that the police’s Corporate Communications Unit said that two illegal guns and ammunition were seized in the aftermath of the double fatal shooting.

According to the police, the guns — a Trabzon 9mm pistol, which contained three rounds, and a 9mm pistol with two rounds — were reportedly found following the alleged confrontation with the police.

According to Acting Senior Superintendent Arthur Brown of the St Andrew South Division, the men were shot when they engaged the police in a firefight.

The injured men, he said, were taken to Kingston Public Hospital where they succumbed to their injuries.

Brown added that the men were not from the community and that they were wanted for questioning in relation to a murder in the St Andrew South Police Division.

Yesterday, the dead men’s mother, Claudette Matthews, who had rushed to the community, claimed that her sons were killed in their sleep.

Residents who gathered at the crime scene were overheard saying, “Dem coulda carry in the youth dem. Dem never haffi kill dem. A somebody come and let dem in.”