This post is based on an email that was sent and in no way reflects the views and opinions of ''Met'' or Jamaicanmateyangroupie.com. To send in a story send your email to likeacopcar.78@gmail.com
July 11, 2016 2:35 pm

MOTHER OF DEAD 3YO LIED TO POLICE ABOUT HER WHEREABOUTS

The mother and stepfather of the three-year old girl who was found murdered on Sunday are expected to be charged under the Childcare Protection Act. The police have confirmed that the two were taken into custody after it was revealed that Nevalesia Campbell and her twin brother were alone at home when she was taken. 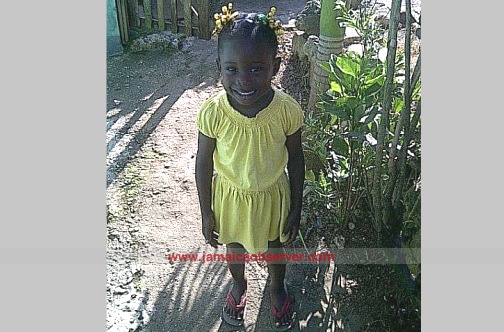 The mother had said the child was taken while she slept. On Sunday, residents openly expressed that the mother was

seen at a community function.

In the meantime, the police have named a person of interest in relation to the matter. He is Alexus Newland, otherwise called ‘Dal Dal’, of Milford, St Ann.

Read: Cops name person of interest in 3-y-o girl’s murder
The police say he must turn himself in to the Browns Town Police in St Ann by 5:00 pm today.