This post is based on an email that was sent and in no way reflects the views and opinions of ''Met'' or Jamaicanmateyangroupie.com. To send in a story send your email to likeacopcar.78@gmail.com
November 30, 2014 8:40 am 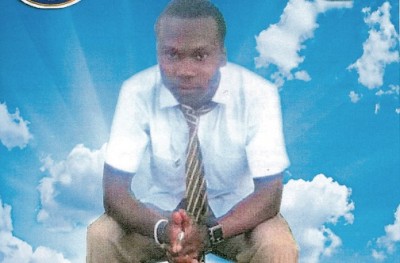 IT’S been five months since Maureen Brown’s 18-year-old son Rashidi Samuda was brutally slaughtered by a bunch of thugs in Jones Town.

The criminals, he told her before he died, said they wanted his cellphone.

But, as if the savagery of their actions was not painful enough, Brown — who said she is still receiving counselling — has been trying to control the anger she is feeling from knowing that the police have a photo of a suspect in her son’s murder, but have done nothing to apprehend him.

According to the distraught mother, the suspect is still using her son’s phone, and doesn’t seem to be fearful about doing so, as he has replaced Rashidi’s WhatsApp profile photo with his.

Even worse is Brown’s complaint that a female detective sergeant at the Half-Way-Tree Police Station admitted to her sister that she knows the suspect because she had arrested him before for stealing.

The Jamaica Observer tried repeatedly to get in touch with the detective sergeant, but phones at the police station were either busy or rang unanswered.

At first glance, Brown’s face seems expressionless. But on closer examination one can see that she is hurting. It’s not difficult to understand why after one hears her heart-rending story.

Her quiet life was disrupted on the night of May 18 when, on returning home from watching a play at Little Theatre, Brown noticed that her son was not in the house.

That was approximately 9:00 pm.

“I asked his nephew for him and he said he (Rashidi) went to buy ice cream,” Brown told the Sunday Observer.

“When I didn’t see him return, I asked why was it taking so long, because it (the ice cream shop) is just like five minutes walk,” Brown recalled.

Unfortunately, her phone was on silent, so she missed the first call from her son at “about 9:20 pm”.

“Shortly after, when I turned the phone on, I received another call; it was from my son who said, ‘Maureen, dem stab me up’,” she related.

The young man told her he was at the Kingston Public Hospital (KPH) and she left home immediately to get there.

“I went to KPH right away, and when I asked the nurse what happen, she said ‘don’t ask me any question’,” Brown alleged.

Her son, however, was able to give her the blood-curdling details of his attack, despite his serious injuries.

At that point, one of the thugs pulled a knife and was about to put the blade to Rashidi’s throat when he used his right hand to prevent the weapon making contact.

But the hoodlum, she said, pulled the knife across her son’s fingers, leaving him with deep wounds.

Brown said her son’s memory of what happened next was vague. However, he recalled being stabbed in his side and being thrown into the trunk of a black car.

The thieves eventually dumped him somewhere, but a man who was passing by saw him on the ground and called the police, who took him to hospital.

“When I saw him at the hospital he had a bandage on his right side. The nurse wanted him to pass urine, but he couldn’t. She said if he couldn’t, she would send him on the ward,” Brown recounted.

She said that after her son was admitted he started to vomit. She cleaned it up, but noticed afterwards that he “didn’t look good”.

“His head started to swell, and I called for the doctor to come and help. When the doctor came I said ‘Doctor, help me, please’.

“She said he was anaemic. I eased him up to show her the bed because it was soaking with blood,” Brown told the Sunday Observer.

“Another doctor came and gave me her name. I don’t remember it. She said she don’t want no girlfriend talk to her. I said ‘I’m not his girlfriend, I’m his mother, just help’. She tek off the bandage off him side and push her finger in the wound. When she draw out her finger is pure blood. He had internal bleeding and they never saw that downstairs,” Brown said in reference the Accident and Emergency Department.

Sometime after 1:00 am the injured young man was taken to an operating theatre, Brown said.

“I was outside waiting until 5:00 am. A doctor came to me and said he lost a lot of blood and I am supposed to get 15 bags of blood for him. I left and went home, told his father and friends and the Blood Bank was full,” Brown recalled.

A total of 28 people, she said, donated blood for Rashidi. However, at about 11:00 am a doctor called and told her he wanted to speak with her.

“When I went down there they said it’s a 50-50 [chance of recovery] because he lost a lot of blood,” the young mother said, her voice breaking for the first time during the interview.

“They said they called other hospitals to get the blood but didn’t get any,” she said, adding that she returned to the Blood Bank with another 22 blood donors.

Armed with the receipts, Brown went back to KPH full of hope that her son would now pull through.

“A doctor took the papers from me and another doctor came and took me into a small room,” she said. “I thought I was going to see him (Rashidi). He said they did all they could, but they lose him; he’s gone,” her voice breaks a bit again.

“He’s not a bad person,” said Brown, her use of the present tense suggesting that she had not accepted her son’s death.

“Sometimes I try to understand why, why it had to be like this,” Brown continued, adding that Rashidi, who was a fan of Chelsea Football Club, graduated from Trench Town High School last year.

He had hoped to become an auto mechanic and, in fact, had started going to a school to equip himself with that skill three weeks before his murder.

Brown’s pain has been made even more excruciating from the fact that the police appeared to have made an error in identifying the victim of a murder, allegedly committed by a gay man in the vicinity of the Shoemaker gully in New Kingston on the same night her son was stabbed.

Police had told the Sunday Observer in July that the man killed in New Kingston was 18-year-old Rasheed Samuda of Myers Street in Kingston 12.

Brown, however, said that the man’s name was Rakishi Samuels, and the address given by the police was hers.

On Friday, Superintendent Christopher Murdoch, who is in charge of the New Kingston Police, said he could not recall any error being made in the name reported.

“What I know of is that there was a stabbing sometime ago, but that was never reported to our station,” Murdoch said.

He said that it was a member of the Motorised Patrol Division who picked up the victim and took him to KPH where he succumbed to his injuries.

“We did not have any information. So, when we heard that someone was killed in New Kingston and we started our investigation, it led us to the gully, and we learnt that the man actually climbed out of the gully and was assisted to hospital by the police vehicle.

“Half-Way-Tree CIB is investigating that, but I can’t recall if there was any mix-up with the name. All I know is that it was a young man, I think he was about 18 years old, that’s all I can recall from that,” Murdoch said.