This post is based on an email that was sent and in no way reflects the views and opinions of ''Met'' or Jamaicanmateyangroupie.com. To send in a story send your email to likeacopcar.78@gmail.com
January 4, 2016 3:48 pm

STABBING OF CANADIAN WOMAN WHO ABANDONED CHILD IN STAIRWELL 2008 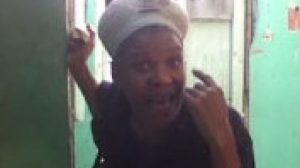 This is the information I gathered earlier
The morning in question the couple had a big argument and she said she was leaving, she left and returned later to retrieve her passport and was stabbed by Alphonso Warren

The mother of “Baby Angelica,” the infant found abandoned in a Toronto parking garage stairwell in 2008, has been killed in Jamaica. Her husband, who was criminally convicted of abandoning the baby, is in custody, a seemingly violent conclusion to a parenting saga from hell.
With the clock hands approaching midnight and a New Year on the horizon, 39-year-old Stephanie Warren of Toronto, mother to “Baby Angelica,” was stabbed to death — allegedly by her Jamaican husband, Alphonso Warren, according to the Jamaica Constabulary Force.
The couple is infamous for having repeatedly faced allegations of mistreating their children in Canada and abroad. The mummified remains of a later child of the couple, a 2-year-old known as “Baby Joshua,” were found in 2012, zipped inside a suitcase in the Warrens’ inner-city Kingston, Jamaica, home.
Jamaican police were called to the couple’s apartment around 11:20 p.m. this New Year’s Eve to investigate a domestic dispute.
It was around that time Thursday night that Stephanie Warren was stabbed with a knife, according to a Jamaica Constabulary Force (JCF) press release. She was later pronounced dead at a hospital. Alphonso Warren remains in custody for questioning.
The police investigation is ongoing.
A JCF communications official confirmed to the Star on Sunday that the couple are the same Warrens who were arrested in Jan. 15, 2012, after the decomposing body of “Baby Joshua” was found in their home.
The tale of “Baby Angelica” gripped Toronto back in January 2008, when the infant was found freezing in a North York parking garage stairwell. Police would later charge the parents with child abandonment. She was eventually adopted, as were the couple’s three other children – all under 6 at the time – who were taken into custody by Children’s Aid officials after “Baby Angelica” was found.
Both parents pleaded guilty to abandoning their baby. Alphonso was convicted criminally and given a 22-month jail sentence, but granted two-for-one credit for the 11 months he served in pre-trial custody and released. Stephanie Warren, who obtained a bachelor of science degree from the University of Toronto, was found guilty under the Ontario Child and Family Services Act and ordered to pay a $300 fine.
The Warrens would move to Jamaica later in 2009.
Both parents were back in police custody by 2012, after they were criminally charged with concealing the death and failing to bury the body of their 2-year-old son, known as “Baby Joshua.”
On Sunday, Canada’s foreign ministry confirmed that a Canadian citizen died in Jamaica, but would not comment further, citing privacy concerns.
“Canadian consular officials in Jamaica are in contact with local authorities and stand ready to provide consular assistance to the family as needed,” Global Affairs Canada spokesperson Rachna Mishra wrote in an email.
Stephanie’s parents did not respond to the Star’s request for comment Sunday.

A couple charged with abandoning their baby girl in a Toronto stairwell four years ago has been arrested in Jamaica after the grisly discovery of a child’s decomposing remains in a suitcase.

The arrest Sunday of Stephanie and Alphonso Warren added a disturbing twist to a 2008 case that resulted in Ms. Warren and her husband being convicted of charges relating to abandoning their child, who became known as “Baby Angelica Leslie.”

Baby Angelica ultimately survived her ordeal and was adopted. However, the child in the latest case – Ms. Warren’s two-year-old son, Jeshurun – was not so lucky. He had apparently been dead for several weeks by the time that Kingston police found his remains in a suitcase Saturday.

According to the Jamaica Observer, the child’s remains had already begun to mummify. Investigators from Kingston police charged the couple with concealment of death. They will appear in court Tuesday to face charges under the Jamaican Child Care and Protection Act involving failure to care for and protect a child.

Mr. and Ms. Warren moved to Jamaica in 2009, a year after Toronto Police Service made use of a police tip, video from a surveillance camera and a DNA profile to arrest them in the abandonment of Baby Angelica.

The child had been found in the stairwell of a north Toronto parking garage by a passerby on Jan. 30, 2008. She had minor cuts and bruises to her face and was thought to have survived at least two hours of exposure to frigid conditions after being deposited there.

Police posted video from a shopping-mall surveillance camera on Facebook and YouTube. It depicted an individual getting out of a Ford Escort and leaving the baby behind. After an extensive search of vehicles fitting the description of the one in the video, the Warrens were arrested in Kitchener, Ont.

Their other three children – all under the age of five – were seized by Children’s Aid officials. Police sources said at the time that the parents had fed their children a diet of beans, leaving them malnourished.

Mr. Warren was charged with abandoning a child under the age of 10 and failing to provide the necessities of life to his other three children.

He pleaded guilty in April, 2009, conceding that he had abandoned his daughterher in the stairwell. Mr. Warren was sentenced to 22 months in jail. However, since he had already spent 11 months in custody prior to his guilty plea, parole considerations meant that Mr. Warren was released based only on time served.

Ms. Warren ultimately pleaded guilty to failing to provide the necessaries of life to her children. She was fined $300.

All three children were seized and settled with other families.

In the latest case, the Jamaica Observer cited medical evidence suggesting that Jeshurun had been inside the suitcase for more than two months. It said that neighbours became so convinced that something bad had happened to the child that they threw stones at Mr. and Ms. Warren last week and stormed their home in search of the child.

The Observer said police have found no evidence of foul play and that the child apparently died of natural causes.

In an interview Sunday, Toronto Police Service Staff Sergeant Peter Callahan said that his force has not yet been contacted by Jamaican police in connection with the case.

“I remember the baby-in-the-stairwell case when it happened, but I have no idea if there is any connection,” he said. “I don’t know where this is coming from. I can tell you that if a formal request came from Jamaica, it would certainly come through here, but there has been no such thing.”

With a report from Tamara Baluja