This post is based on an email that was sent and in no way reflects the views and opinions of ''Met'' or Jamaicanmateyangroupie.com. To send in a story send your email to likeacopcar.78@gmail.com
June 4, 2013 4:27 pm

FI ONE MAN HIM GET MORE DAN A YEAR 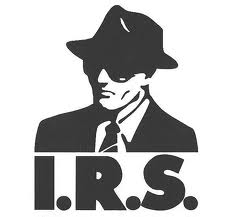 Ashraf Hassan-Gouda, a former resident of Mays Landing, N.J., was sentenced today in U.S. District Court for the District of New Jersey to 541 days in prison, the Justice Department and the Internal Revenue Service (IRS) announced today. The approximately 18 month sentence is for time served. Previously, Hassan-Gouda had pleaded guilty to willfully assisting in the preparation of a false federal individual income tax return for a client.

According to court documents, in 2003, Hassan-Gouda was the owner of Tax World, a tax preparation business located in Atlantic City, N.J. He prepared the false tax return for the client at his business. Hassan-Gouda was indicted in 2007 and fled to Egypt. In 2012, Hassan-Gouda was extradited to the United States from Germany.