This post is based on an email that was sent and in no way reflects the views and opinions of ''Met'' or Jamaicanmateyangroupie.com. To send in a story send your email to likeacopcar.78@gmail.com
February 16, 2016 10:58 am

HELP GIVEN , THANKS TO THE OBSERVER 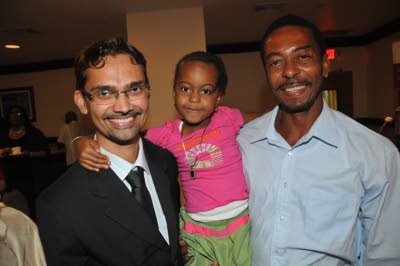 EVEROL Drummond had high praises for the Jamaica Observer and Health City Cayman Islands yesterday, as he recounted how a burden was lifted from his shoulders when his daughter received a critical heart surgery after her story was published in the Observer.

Drummond said he is now a free man and his six-year-old daughter Cassie is living a normal life.

“Thank God for the Jamaica Observer who placed an article. And from that article, there was a good lady by the name of Andrea Sawyers who read the article and that was when the magic all transformed,” Drummond said before also thanking Health City Cayman Islands.

Drummond was speaking at a press conference hosted by Health City Cayman Islands at the Jamaica Pegasus hotel in Kingston to present the health care services offered by the facility to Jamaicans.
The Observer published Cassie’s story on September 6, 2015. Her doting dad said then that Cassie was diagnosed with having two holes in her heart a few months after birth. However, while one of the holes had closed, she still needed surgical correction of a large atrial septal defect and a small patent ductus arteriosus. The ductus arteriosus is a blood vessel that allows blood to go around a baby’s lungs before birth, while the atrial septal defect is a hole in the wall that allows oxygen-rich blood to leak into the oxygen-poor blood chambers in the heart.

But Drummond could not afford the approximately $700,000 the surgery would cost at the University Hospital of the West Indies. His only option then was to join a long waiting list at Bustamante Hospital for Children.

“The six years with my little daughter with this heart defect, it was not an easy six years,” Drummond said. “I have sleepless nights, long journey, long nights on the road, sleeping in hospitals. But God bless somebody who gave me the Jamaica Observer number and I place an article in the Observer — myself and my little Cassie — because it seemed like there was no more hope,” a reflective Drummond said.

He said Sawyers, whom he now describes as his “guiding angel”, read the article and reached out to him, advising him that she had friends in the Cayman Islands. He said she asked him if she could share his number with them.

Drummond said he was then contacted by Dr Binoy Chattuparambil, the senior cardiac surgeon at Health City Cayman Islands.

“I wanted to call him first because I had the problem, but Dr Binoy called me before I could even call him, and that is when the magic really started working,” Drummond shared.