This post is based on an email that was sent and in no way reflects the views and opinions of ''Met'' or Jamaicanmateyangroupie.com. To send in a story send your email to likeacopcar.78@gmail.com
August 9, 2013 11:04 am 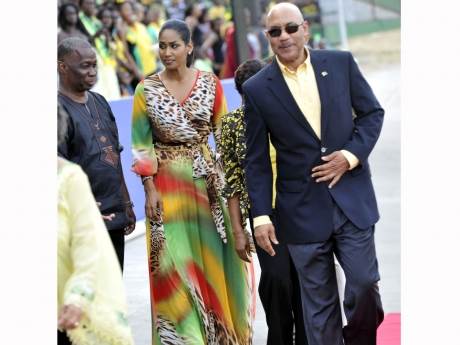 OPPOSITION Jamaica Labour Party (JLP) Spokesperson on Culture Olivia ‘Babsy’ Grange yesterday called for an investigation into the spending of the $100 million allocated for this year’s Emancipation and Independence celebrations.

“What did they (Government) do with a $100 million for the Independence celebration. It was not reflected in the events that we saw,” said Grange, who spoke with the Jamaica Observer yesterday as she toured with JLP candidate Beverley Prince, who went up against Sheryn Bromfield in the Cassia Park by-election.

“That was not a Grand Gala; it was a big stage show,” the Opposition spokesperson quipped.

“Certainly Jamaicans went to see the Grand Gala but they saw the wrong Gala; it was a big disappointment [and] an investigation is needed,” said Grange.

The Ministry of Youth and Culture said, however, that the celebrations were a success.

“This year’s event, which culminated the celebration of the country’s 51st anniversary of Independence, was truly a symbol of what can be attained through collaborative action and synergies,” a release from the ministry stated.

The release said the $100 million was spent on all festival and Independence celebratory activities co-ordinated by the Jamaica Cultural Development Commission in all parishes, as well as the national level, adding that the Grand Gala was within its budget of $52.8 million.

The ministry, meanwhile, expressed thanks and appreciation to all participants, adding that their efforts allowed for “a successful production and execution of this year’s Grand Gala event”.