This post is based on an email that was sent and in no way reflects the views and opinions of ''Met'' or Jamaicanmateyangroupie.com. To send in a story send your email to likeacopcar.78@gmail.com
November 2, 2015 12:22 pm 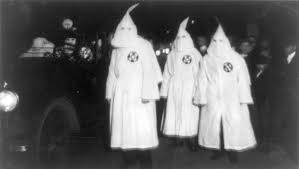 #OpKKK (2015 Press Release)
Posted on October 28, 2015 by AnonIntelGroup
Greetings Citizens of the World. We are Anonymous.

When people are faced with grave injustices, those cries do not go unheard.

Ku Klux Klan, We never stopped watching you. We know who you are. We know the dangerous extent to which you will go to cover your asses. Originally, we did not attack you for your beliefs as we fight for freedom of speech. We attacked you due to your threats to use lethal force in the Ferguson protests. We took this grudge between us rather seriously. You continue to threaten anons and others. We never said we would only strike once.

The anons involved in this operation still believe you no longer particularly deserve the right to Freedom of Speech and Freedom to Assemble but that is not up to us. Let us make this especially clear: We are not oppressing you, Ku Klux Klan. We are not here to strip you of your Freedom of Speech. Anonymous will never strip you of any of your Constitutional rights. There is no “hate speech” exception to the Constitution. In a free society, we do have a duty to protect free thought, even when especially offensive. Your hateful ideas and words remain yours to keep. You are allowed to speak and in kind, we are allowed to respond. You are legally free to live and be any which way you choose to live and be. Keep in mind, it is not illegal nor oppressive to hurt your feelings. With that said – We are stripping you of your anonymity. Again. This is our protected speech.

After closely observing so many of you for so very long, we feel confident that applying transparency to your organizational cells is the right, just, appropriate and only course of action. You are abhorrent. Criminal. You are more than extremists. You are more than a hate group. You operate much more like terrorists and you should be recognized as such. You are terrorists that hide your identities beneath sheets and infiltrate society on every level. The privacy of the Ku Klux Klan no longer exists in cyberspace. You’ve had blood on your hands for nearly 200 years. You continue to inflict civil rights violations, commit violent crimes and solicit others to commit violent criminal acts. You seek to intimidate and/or eliminate those that are different from you and those that you dislike by any means possible. You seek to terrorize anyone and anything that you feel is a threat to your narrow view of the “American way of life”.

The last time we took your hoods off, you claimed to be misunderstood. Victimized. No. You are a damaged, dangerous, fragmented, splintered and amorphous collection of terroristic cells with a hate-based ideology and a well documented history of violence against the American public – assault, murder, terrorism. You play a deep, damaging and historically sinister and malevolent role in the United States. We understand you far too well. You made a clear and ever present enemy of Anonymous when you threatened the lives of protesters and the men and women representing Anonymous on the ground in Ferguson, Missouri in November of 2014. You continue to make threats to anons you believe you have identified, journalists, anyone in the public that speaks out against your behavior. Your threats and intimidation are unprovoked, unwanted and will not be tolerated. Enough is enough. You once told

Anonymous that we awakened a sleeping giant within you. We are here to remind you once again – you summoned an unslayable dragon. Anonymous is an idea. This fight will go on as long as it has to.
The aim of this operation is digital. Another cyber war trist, nothing more. We are not violent. We will release, to the global public, the identities of up to 1000 klan members, Ghoul Squad affiliates and other close associates of various factions of the Ku Klux Klan across the Unites States.

To the government representing the people of the United States of America:

The American public should not be subjected to victimization by hate groups through a hate group’s protection by the United States Constitution without additional laws in place to protect potential victims of these violent organizations. More dialogue is needed to create working solutions.

To the Citizens of the World:

We stand with you always, against oppression and injustice. Anonymous is many things. The anons participating in Operation KKK believe that it is a civic responsibility to be conscious and self-critical of our society in order to improve upon the shape of things to come.

To those that really disagree with us:

Sorry for the inconvenience, but not really. We are trying to change our world.

To the freedom fighters representing Anonymous in Ferguson, Missouri:

*HOW YOU CAN HELP*

You can show your support for us lawfully by raising awareness of this operation through sharing your thoughts and ideas about the KKK through tweetstorms and other social media amplication strategies. The ability to share information quickly and effectively will carry this operation far and wide. Tag #OpKKK #HoodsOff when you post on social media platforms.
FOR OFFICIAL UPDATES & COMMUNICATION: