This post is based on an email that was sent and in no way reflects the views and opinions of ''Met'' or Jamaicanmateyangroupie.com. To send in a story send your email to likeacopcar.78@gmail.com
June 6, 2016 7:42 pm

The Gleaner lost another of its veteran reporters over the weekend, when the body of parliament/political reporter Gary Wayne Spaulding was found at his home in Hughenden, St Andrew, this afternoon.

He was 52. His death comes just days after one of his work colleagues, Glenroy Sinclair died after collapsing at work on Friday.

OBSERVER ONLINE has learnt that neighbours complaining of a foul smell coming from Spaulding’s house, contacted the Gleaner and the police.

A team from the newspaper, accompanied by the police, went to the house but had to break off the locks to get inside where they eventually found his decomposing body. 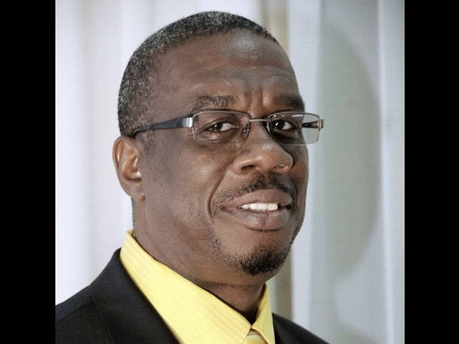 A senior journalist at the Gleaner for over 20 years where he covered Gordon House, as well as political issues and other public issues, Spalding began his career at Radio Jamaica (RJR) before moving on to the Observer then the Gleaner.
He is survived by his sons, Andre and Ker-Kay; three daughters, Kerry, Kayla and Kelsie; two sisters, Colette and Yvonne; and three brothers, Gregory, Leighton and Donovan (Burro Banton).