This post is based on an email that was sent and in no way reflects the views and opinions of ''Met'' or Jamaicanmateyangroupie.com. To send in a story send your email to likeacopcar.78@gmail.com
August 14, 2013 11:03 am

THE Ministry of Youth and Culture spent a total of $87 million on activities to mark Jamaica’s 51st year of political Independence, which culminated with the Grand Gala at the National Stadium on August 6, which was celebrated as Independence Day.

In a release yesterday, the ministry said that the funds included costs for activities planned at both the parish and national levels over a seven-day period. 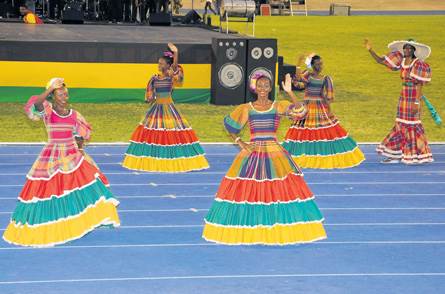 According to the ministry, tickets for all events — including the Grand Gala which was attended by 27,500 people — were distributed “through several advertised private sector outlets”.

“The usual practice of providing all members of Parliament (MPs) with tickets for their constituencies was maintained with all MPs in Kingston, St Andrew and St Catherine receiving between 100 and 200 tickets each for distribution in their constituencies,” the ministry said in an apparent response to claims of political bias in the ticket distribution.

Meanwhile, the ministry labelled the Grand Gala — the premier Independence activity — a success, despite criticisms that the quality of the gala fell below that of recent years.

It said that the Grand Gala “was designed around a theme tracing Jamaica’s history and cultural development utilising the creative arts”, and attributed the success to the “willing contribution and participation of many Jamaicans”.

“The artistic performances… featured a synergy between professional dancers and dancers from several communities in Kingston, including Rockfort, Majesty Gardens, Tivoli Gardens, Denham Town, and Windward Road, among others,” it said.