This post is based on an email that was sent and in no way reflects the views and opinions of ''Met'' or Jamaicanmateyangroupie.com. To send in a story send your email to likeacopcar.78@gmail.com
August 20, 2013 12:00 pm

Looking at the political crowd, it is tough to select the top ten worst politicians as there are so many to be picked; most are coward and diplomatic, some are greedy, some are liars, and some are pathetic straightaway! If I was allowed to enlist all the worst politicians, I would have packed the category with almost, yeah almost all the politicians! However, after research we have come up with those ten with the worst standing and repute.

Robert J. Rob Anders is a Canadian politician; he is a member of the Conservative Party of Canada. Anders sleeping habit in the House of Commons went viral. Then he was accused of falling asleep again, this time during a Veterans Affairs committee meeting. Instead of apologizing to the veterans he’d greeted with a snore. Anders apologized soon after, but he was booted from the committee.

Rod Tam is the former state legislator and Honolulu city councilman. He earned the nickname the “hungry councilman” by using his council expense account and campaign funds to enjoy at local eateries with family, friends, and constituents. He was held guilty for 26 counts of third and fourth degree theft.

Ernest Bai Koroma is a Sierre Leonean politician who has been President of Sierra Leone since 2007. President Koroma has clearly shown that he is a tribalist; tribalism has promoted national poverty in the country. It is owing to this that he has not been able to effectively wipe out corruption in the country. It is forbidden for him to expose or prosecute his fellow tribesmen for corrupt practices; noble democratic culture of good governance has been deliberately drowned in the pool of negative political scheming.

John Andrew Boehner, a member of Republican Party, is the current Speaker of the United States House of Representatives. A poll was recently released that showed just 6% of Americans think Congress is doing an “excellent” or “good” job; at the forefront of this embarrassment is Speaker of the House John Boehner. He has failed to even control the members of his party in the House of Representatives, letting the clowns run the circus. Boehner has been one of the most vocal Republicans in trying to create fake conspiracy to either bring down President Obama, or set up an attack plan against Hillary Clinton.

C C Patil is an Indian politician; he is a member of the Karnataka Legislative Assembly, and had served as Minister for Women and Child Development in the D. V. Sadananda Gowda Government. In 2012, News television cameramen covering the legislative assembly of the south Indian state of Karnataka caught and filmed him watching pornography on a mobile phone while the House was in session! The public was totally outraged at this lack of judgment and the violation of the sanctity of the House. He was forced by his party immediately to resign.

Julia Eileen Gillard is the former Prime Minister of Australia and Leader of the Labor Party from 2010 to 2013. The failure of political leadership, the sense of national drift, financial pressure, and deepening community suspicion were some reasons for regarding her a bad politician. She had been accused of promoting racism; she ignored gender issues, going so far as to “forget” to allocate a status of women portfolio. The effect of growing mistrust in the country over a number setbacks and policy disasters, coupled with pathetically low opinion polls, had finally destabilized Australia’s first female prime minister. 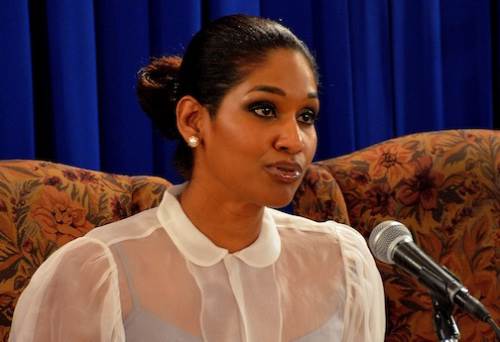 One of the youngest women to be elected to the Jamaican Parliament, Lisa Hanna who emerged as winner of Miss World 1993 has now emerged as Jamaica’s worst performing cabinet minister. The Minister of Youth has not fulfilled her directive of protecting the youth of the nation and after one year in government has lost the confidence of not only a majority of the youth-supporting groups but also civil society. Ryan Small, who works directly in the Office of the Minister, announced that the Minister failed to outline a clear vision for youths; Children in Jamaica’s state care are committing suicide; moreover, she remained absolute silent on the issue of children in adult lock-ups and the treatment of children in state care.

Altaf Hussain-Top 10 Worst Politicians in the World of 2013

Altaf Hussain is a British Pakistani politician who founded and leads a political party known as Muttahida Quami Movement (MQM). Altaf Hussain and his party have set up a record of using violence to gain power. He has long been accused of having an illegal armed wing involved in Karachi’s criminal activities of drugs, extortion, and land theft. Hussain currently faces allegations of murder of his party leader Dr Imran Farooq, money laundering and hate speech; the case is under investigation by the Scotland Yard. BBC News has called Hussain ‘Pakistans most divisive politician’.

Silvio Berlusconi-Top 10 Worst Politicians in the World of 2013

Silvio Berlusconi is the Italian politician who served three times as Prime Minister of Italy, from 1994 to 1995, 2001 to 2006 and 2008 to 2011. Berlusconi is also the owner of the Italian football club A.C. Milan. He had been convicted to a year in prison for tax fraud while still on trial for paying an underage prostitute for sex. Indeed, Silvio has been found guilty of tax avoidance of three previous occasions. He will have a chance to appeal the current conviction twice, which means it will be a long time before he sees the inside of a jail cell. He has pushed Italy, which was once a G8 powerhouse, into nearly €2-trillion debt.

Francois Gerard Georges Nicolas Hollande is the current president of France and co-prince of Andorra. He was previously the first secretary of the French Socialist Party from 1997 to 2008. According to the latest opinion polls, only 15 per cent of French people have a positive view about Francois Hollander as French president; Unemployment has highly increased under Francois Hollande and is now at record level. He implemented changes in the tax code that have prompted many rich Frenchmen to leave the country. He is one of the most powerful proponents of socialism in Europe at a time when what Europe needs is innovation, less government spending, entrepreneurship, and growth. You might also me interested in the list of top 10 best French politicians of all time