This post is based on an email that was sent and in no way reflects the views and opinions of ''Met'' or Jamaicanmateyangroupie.com. To send in a story send your email to likeacopcar.78@gmail.com
February 15, 2016 4:41 pm

Juliet Holness’ Letter to the Political Ombudsman
HON. AUDLEY SHAW·MONDAY, FEBRUARY 15, 2016
The following is a letter sent to the Political Ombudsman by the wife of the Opposition Leader, Juliet Holness.
I wish to raise concerns about several troubling incidents which recently occurred while campaigning in East Rural St Andrew.
1. On Saturday February 6th, while at a church service in the Harbour View area, three strange men riding bicycles turned up at the church. Following the service and during a scheduled walk in Harbour View, the same men started shadowing my team; they became boisterous and proceeded to threaten the driver of my team’s sound vehicle. My security officers intervened and determined that the men posed a threat. The walk had to be suspended to ensure the safety of both myself and my team.
2. On Monday February 8 2016 I received a threatening email sent by one Lynton Weir from the email address lyntonweir@gmail.com captioned “Important Nomination Day Message” which stated by way of meme, “you gonna die bitch.” This was extremely disturbing but did not deter me from proceeding with my nomination.
3. On Nomination day, the media was barred from entering the polling station by a man claiming to be with the security forces. He neither offered nor produced identification and even threatened to physically remove one media member who did not immediately acquiesce when ordered to exit the premises.
4. Subsequently, several of my nominators were misdirected to another location by a police officer, resulting in a delay of my nomination. Upon finally reaching the correct location they were also barred for quite some time from entering the centre even after producing the requisite identification. 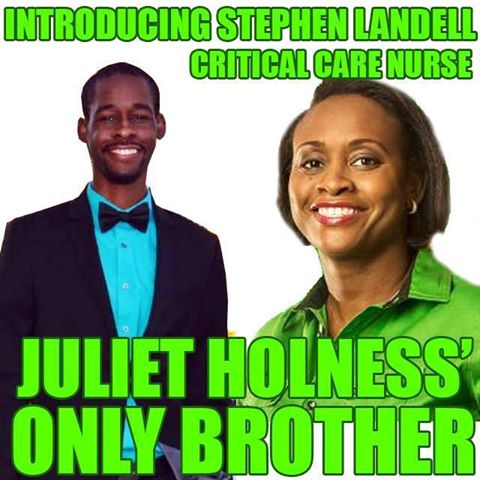