This post is based on an email that was sent and in no way reflects the views and opinions of ''Met'' or Jamaicanmateyangroupie.com. To send in a story send your email to likeacopcar.78@gmail.com
October 28, 2015 10:20 am 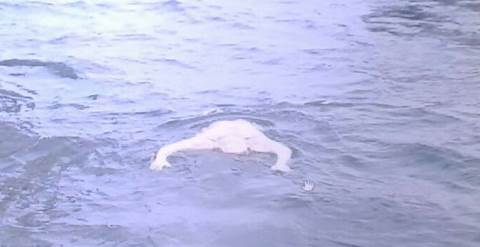 A body has been discovered floating close to an oil rig in Point Fortin.

Investigators are probing the discovery as a homicide, as bricks were found tied to the man’s legs.

The body of the unidentified man was found near Trinmar’s offshore platform in the South West Soldado Field, which is located in the Gulf of Paria.

Coast Guard officers were called in to bring the body ashore at Cedros.

Initial reports indicated that the body appeared to be that of a Caucasian male.

State-owned Petrotrin explains that an employee was aboard the vessel swift in Trinmar’s main field when around 11.30 yesterday morning he saw the body floating in the water.

Petrotrin’s Security Department was notified as well as the T&T Coast Guard which responded and removed the body around 2 pm.

Crime scene officers were dispatched offshore to search for clues.