This post is based on an email that was sent and in no way reflects the views and opinions of ''Met'' or Jamaicanmateyangroupie.com. To send in a story send your email to likeacopcar.78@gmail.com
February 18, 2016 8:42 am

Chaguanas businessman Sheron Sukhdeo was forced to spend last night in jail after his family failed to secure approval for the $85,000 bail he was granted after appearing in court on charges of assaulting his wife.

Both incidents are alleged to have taken place at the home they share with two children — ages four and seven — last Wednesday and Thursday. Sukhdeo, the managing director of Sheron’s Auto and Real Estate, elected to have the charges tried before Connor as opposed to a High Court judge and jury and pleaded not guilty to both. He was arrested by police on Tuesday. 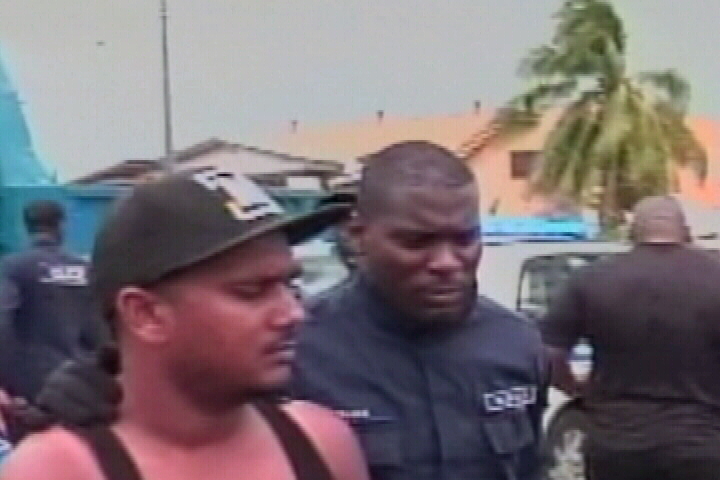 Rachael, who had a visible scar over her left eye, was present in court and was asked to stand metres away from her estranged husband in the prisoner’s enclosure as the charges were being read. She was seen sneaking glances at Sukhdeo and shaking her head as he was asked by Connor to plead to the charges.

Connor read out Sukhdeo’s criminal record which showed he had several charges for receiving stolen vehicles which had previously been dismissed and one pending charge for assaulting an unnamed victim.

Before granting Sukhdeo bail, Connor enquired if he had arranged a place to live as his wife had already obtained a protection order banning him from their home and preventing him from coming into contact with her. His lawyer, Taradath Singh, informed the court Sukhdeo was aware of the order but had not yet found a temporary home.

Last weekend, several photos of Rachael were posted on Facebook showing injuries to her body and prompted a police response. Although she was reportedly under police protection since making the report, Rachael was seen walking away from the courthouse with car keys in her hand after the hearing.

Sukhdeo, whose family are expected to restart the approval process for his bail this morning, will reappear in court on March 15.