This post is based on an email that was sent and in no way reflects the views and opinions of ''Met'' or Jamaicanmateyangroupie.com. To send in a story send your email to likeacopcar.78@gmail.com
October 5, 2016 2:03 pm 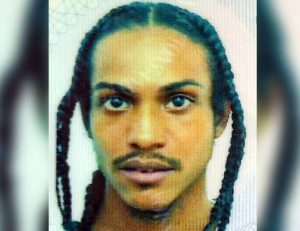 THE death of Charlton Huggins, 21, on Monday would have disheartened his close relatives, but it did not come as a surprise.
Huggins, of Sixth Avenue, Barataria, was shot dead along Upper Tenth Street, Malick, Barataria, around 2.30 p.m. on Monday.
Speaking to members of the media yesterday at the Forensic Science Centre, St James, his relative admitted that Huggins was a young man who involved himself with the wrong crowd.
“We talked to him over and over. We told him watch the company he kept because people would lead him astray,” said a relative.
“He was held by the police for a firearm and we went through the whole process. I was there from the police station, to the courthouse, to the prison to make sure that he got food, clothes and then his bail and things like that.
“He got out and we spoke to him…but then he came and got hold for the same offence again. Personally, I told him, ‘hear what, you’re a big man and you have common sense’, and if he didn’t want to listen to us, then fine.
“He spent about 120 days in jail, but whole time we were there for him. I was running up and down still, because at the end of the day that’s family. And then he was eventually released. We spoke to him again, he wasn’t listening…
“To tell you the truth, he wasn’t a bad person, but he was ‘harden’ and it was the friends he kept…the lifestyle he kept. All these things led us here. Sad to say, we were expecting this,” they said.