This post is based on an email that was sent and in no way reflects the views and opinions of ''Met'' or Jamaicanmateyangroupie.com. To send in a story send your email to likeacopcar.78@gmail.com
November 14, 2015 8:06 am 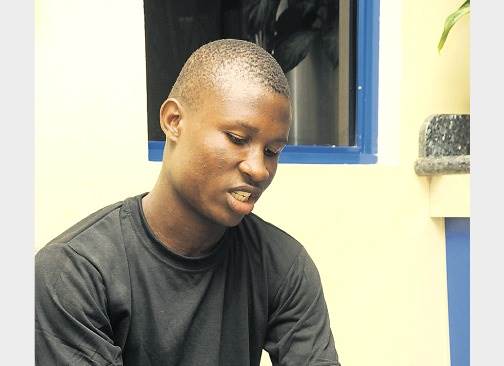 NINETEEN-year-old Jabary Williams has found out the hard way that acts of kindness and honesty are not always appreciated in a society where morals are on the decline.

Williams says he was walking in his inner-city Kingston community, recently, when he found a bag containing approximately $100,000.

The former City College student told the Jamaica Observer that the reaction from members of his Kid Lane community when he decided to return the bag of money has left him dumbfounded.

He said that when he found the money he was struck with so many emotions, he was left confused.

“When I found the money several ideas ran though my mind; I didn’t know how to feel, I was shocked, at one point, happy at another and then sad,” the teenager said in an interview at the Observer’s Beechwood Avenue headquarters in Kingston.

Williams said he struggled with the thought of giving back the funds as he reflected on his own life and the struggles he was facing as a poverty-stricken young man growing up in the inner-city.

He said he carried the money home and could not get rid of thoughts of spending it.

After all, his mother was ill and he needed clothes along with so many other things.

The youngster, who works at a bakery, said that while he sat at home staring at the money, trying hard to ignore the voice in his head, he overheard a man telling his father that he had lost a large sum of money.

He said he listened further and heard the man describe the bag.

Williams said he went as far as inspecting the bag that the funds was in, and found an identification card with the picture of the man who was asking around.

“When I saw all of that I, decided to return the money,” Williams told the Observer.

He never imagined that his act of honesty would almost cost him his life.

Williams said the first thing that happened was that the owner of the $100,000 gave him “a measly $100” for his troubles.

“After I gave back the funds the man who lost the money gave me $100 dollars,” said a dejected Williams.

But things got worse when news about his return of the money began to circulate around the community.

Williams said since that time he has been subjected to several verbal attacks from residents of the area.

“I have even gone to play football and have been told to leave the field,” said the youngster.

According to Williams, since the incident he has been made to feel like an outcast.

“To the way people in the area treat me it has made me feel bad, but if I had to do it again I would,” said Williams, adding that from a tender age he always tried to be honest.

Since then Williams’ kind act has caught the attention of his employer who has moved to highlight his case.

“It is really sad to see the state that the country has gone, where an act of honesty is frowned upon,” said Williams’ boss Peter Bent.

Bent said he was encouraged that, in spite of the pressure, Williams has been able to remain focused.

“When I see things such as these, it makes me believe that all is not lost. Despite all the pressure, there are still people among us who have morals and values,” said Bent.