This post is based on an email that was sent and in no way reflects the views and opinions of ''Met'' or Jamaicanmateyangroupie.com. To send in a story send your email to likeacopcar.78@gmail.com
November 24, 2015 9:16 am

WINT, THE CHARGES AND DI MIXUP 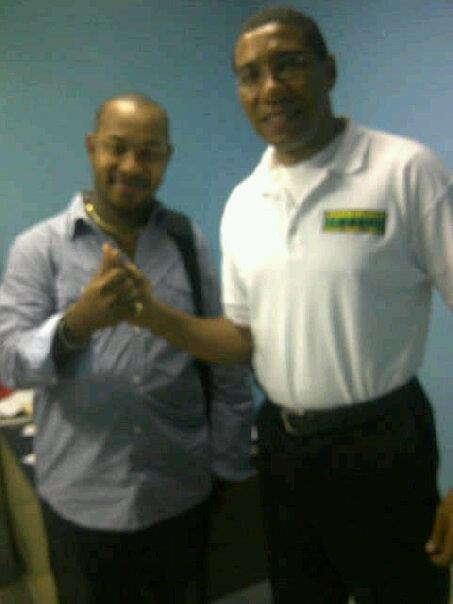 Wint won the right to represent the JLP in the constituency on September 26, by beating former Cabinet Minister, Dr. Christopher Tufton in a selection exercise.

Mr. Wint is also Councillor for the Point Hill Division in St. Catherine.

For the past few days allegations have been swirling about Devon Wint.

Our news centre has placed 15 calls to his mobile phone but all have gone unanswered.

On Thursday morning we contacted the Police to confirm whether a formal report had been made concerning Wint.

A source in the Police High Command did checks and indicated that no report had been made.

It’s understood that the leadership of the JLP was contemplating Wint’s future.

Up to late yesterday afternoon, JLP sources indicated that efforts to contact Wint were unsuccessful as he was said to be off the island and it was uncertain when he’d return.

Its understood that the Office of the Children’s Advocate is also aware of the matter and will be mounting an investigation today.

Some supporters of Wint suggest the matter did not warrant such strong action on the part of Dr. Baugh.

They insist the matter has nothing to do with any sexual misconduct.

Our sources say a pensive Holness insisted that Wint must step aside or be removed.

The JLP issued a statement at 11:26 last night.

The statement, issued by party General Secretary, Dr. Horace Chang said – “the party wishes to advise that its representative in the constituency of West Central St Catherine has been directed by the leader of the Party Mr. Andrew Holness to resign while he seeks to clear his name.”

The statement said the JLP will have further discussions concerning the way forward.

But his supporters say he’s an innocent man and will clear his name.

He Has Been Noticeable Silent From Day One…..

Then The Police Got In The Mix And Said, They Had No Such Report…..

Strangely, He Has Still Remained Silent…

Well, According To Well Placed Sources, His Silence Has Been Negotiated, Because If He
Steps Forward, They Will Reveal All….

And That All, My Dear Friends , Is That He Did Indeed, Molest A Little Girl…That Little Girl,
Is, His Daughter….

I Am So Distraught; So Upset That These People Are So Morally Bankrupt! So Power-hungry!
So Disgustingly Depraved, That They Would Keep Silent On An Incestuous Child-Molesting Criminal, As Part Of Their Campaign Strategy, In Their Effort To Win Power.

That They Have Opted To Remain Silent, Rather Than Turn The Evidence Over To The Police,
So The Matter Can Be Properly Prosecuted, Speaks To Ugliness Of Their Souls, And The Emptiness Of Their Platform Speeches About Corruption!

They Utterly And Thoroughly Disgust Me…