This post is based on an email that was sent and in no way reflects the views and opinions of ''Met'' or Jamaicanmateyangroupie.com. To send in a story send your email to likeacopcar.78@gmail.com
January 22, 2016 7:03 pm

The South West St Catherine MP Everald Warmington has issued a statement declaring that he said nothing wrong when he called the South East St Ann MP Lisa Hanna a jezebel while in Parliament on Tuesday.

‘Jezebel’ is a term interpreted to mean a wicked, conniving woman.

“I did not invent the word jezebel. It came from the Bible and it aptly describes her behaviour,” Warmington said.

“Her disrespect and rudeness was why I asked the acting speaker if he could only hear from the left ear as he seemed only to have heard what I said, and ignored all that was coming from the government side.”

SEE WARMINGTON’S FULL STATEMENT BELOW:
“Firstly, I am not crazy, therefore, I would not have called a member names without cause. There must have been a reason for me to have said what I said.

Lisa Hanna insulted and disrespected me. She was quite rude and I only responded to the insults she yelled at me across the floor.

It cannot be that because you may be a woman you can be disrespectful to me and I ignore it, whoever you are, I will respond in like fashion. I did not invent the word jezebel. It came from the Bible and it aptly describes her behaviour. Her disrespect and rudeness was why I asked the acting speaker if he could only hear from the left ear as he seemed only to have heard what I said, and ignored all that was coming from the government side.

This double standard by the news media stinks to high heaven. One woman called the prime minister and leader of the PNP jezebel. That party is now embracing and hugging that woman while the news media cheers them and the one hand and try to condemn me on the other. The media sees nothing wrong once it is within the PNP but to them I committed the gravest sin. Not that what the media thinks matters to me.

They are pretending as if Lisa Hanna is a Mother Theresa. They are not concerned about what she said to me that triggered my response.

How did they want me to respond to her rudeness? Called Mother Theresa or the Virgin Mary? Certainly not.

The media is falling over itself trying to get to the front of the line to broadcast triviality, when there are so many serious and pressing issues that need to be addressed. Just look at the level of poverty and suffering in this country, the murder rate, the crumbling infrastructure, the sliding dollar, yet the media seeks to detain itself with trivial issues. It is quite clear a majority of media houses and a majority of the so called journalist are proxies for the PNP and will stop at nothing in an effort to prop up a failing government and disintegrating party. I can tell that it will not work. They are doing a grave disservice to the people of this country by trying to make news instead of doing objective reporting. 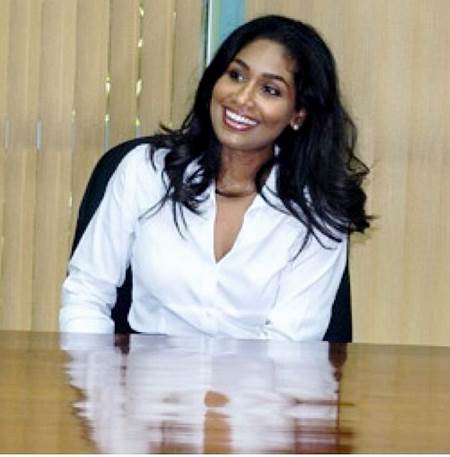 As for the PNP, a drowning man catches at straw. But this straw will certainly will not save them. They are saying far worst things about each other than the word jezebel. They are disintegrating and falling apart, grabbing at trivial issues for salvation but this issue will not save them. What should be of concern to them is their disunity.

If they are offended that I called her a jezebel which is mild to what I have heard them described her, they need to tell her not to be disrespectful and insultive because I will respond in like manner.

May I ask where the outcry by the media was when Peter Bunting called us all in the JLP john crow?