This post is based on an email that was sent and in no way reflects the views and opinions of ''Met'' or Jamaicanmateyangroupie.com. To send in a story send your email to likeacopcar.78@gmail.com
July 3, 2016 10:03 am

WARDERS FEAR FOR THEIR LIVES

Correctional officers who serve in the island’s maximum-security prisons with inmates accused of the most violent crimes say they feel safer inside the prisons than on the streets, where they are “walking targets”, exposed to the fangs of ex-convicts and their cronies.

Since 2000, at least six warders from the Department of Correctional Services (DCS) have been killed and several others injured outside of the prisons in what are believed to be incidents stemming from interactions with incarcerated inmates.

“It’s not that they have been ordered dead but some of them may have been killed by former inmates,” said Joyce Stone, deputy director of the DCS.

“At least one officer was believed ordered killed from behind bars, but we can’t say for sure. Some inmates reportedly sent him out, and it was inside the institution that the officers found out that he was dead.”

Michael White, a 15-year warder of the New Broughton Sunset Rehabilitation Centre in Manchester, was the latest

victim. He was ambushed after visiting an elderly relative on John’s Lane, Fletcher’s Land, in central Kingston recently.

Witnesses said the killer was a pillion on a faulty motorbike, which stalled multiple times as he and his accomplice rode up and down the lane waiting for White to exit the premises where he once lived.

They pounced as he was reversing from the premises, peppering him with bullets in full view of onlookers, including children on the roadway.

White died on the spot, and his murder was condemned by Security Minister Robert Montague, who said it highlighted the disregard criminals have for life and law enforcement.

Up to late last week, police investigators told our news team they had no motive for the killing, and the DCS claimed there was no connection between White’s death and his duties at the Manchester-based prison.

Stone could not say for sure how many correctional officers have been wounded by thugs outside the prisons, but she stuttered with emotions last Tuesday as she recalled how some of her colleagues were slaughtered by ex-convicts.

“Many do not own a vehicle, and also live in the same communities from which the inmates they oversee come,” noted Stone.

In 2000, Donald Murdock, a warder at the St Catherine Adult Correctional Centre, was gunned down during pickup duties in that parish.

Investigators said Murdock turned into a service station to fix a defective window when he was pounced on by criminals who shot him.

That same year, another correctional officer, Danny Williams, was abducted and killed along the Dunbeholden main road in St Catherine, minutes after taking a taxi destined for his home.

In 2011, correctional officer Garfield Williams was robbed and killed in Old Harbour, St Catherine, after he went to collect money from an event; while Easton Douglas, who also worked at the St Catherine prison, was shot dead in Portmore, St Catherine, by an ex-inmate while he made his way to prepare breakfast at the prison.

There was also Howard Bredwood, from the Tower Street Adult Correctional Centre, who was killed in 1995.

Bredwood lived in Spanish Town, St Catherine, and reportedly ordered furniture from a carpenter in nearby ‘Sufferers Heights’, an impoverished community.

Reports are that he went to the community to check on the furniture and was accosted by a female visitor to the prison. He and the woman had an altercation, which resulted in the warder being abducted from the community.

“It appears that he was fighting them. When his body was found, they had cut his throat, broke his hands, and he got about 74 stabs in his chest, head, and all over his body. He was also shot,” said Stone, adding that the killers left Bredwood’s body outside his mother’s gate.

“His death was deliberate and it was a very gruesome incident for me. That took me years to get over,” said the deputy commissioner, who has spent most of her working years in the correctional services. 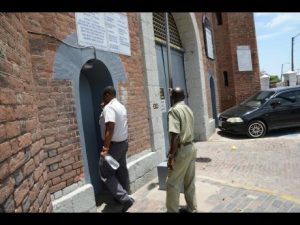 “The Government doesn’t provide anything in terms of proper housing for us so the typical warder has to live with the criminals,” said a veteran warder at the Horizon Remand Centre, who was shot in the head by a former inmate as he made his way home from the Tower Street correctional facility in 1995.

“If you are in a community and they know that you are a warder and people have their friend in prison, you are under pressure to carry things into prison to give him or they tell you that you can’t live in the community again,” said the warder, whose name is being withheld.

He noted that some warders relocate repeatedly to protect their families and themselves.

Some warders fear wearing their uniforms in public while others opt to sleep at the prisons rather than go home at nights.

“For the roughnecks the life is easy, but most warders have a difficult time adapting to the ‘reality’ that they are walking targets.

“Many youngsters leave the profession within months because of these fears,” said the warder, as he recalled how he was shot and left for dead by an ex-inmate with whom he had a good relationship during his time at the Tower Street facility.