This post is based on an email that was sent and in no way reflects the views and opinions of ''Met'' or Jamaicanmateyangroupie.com. To send in a story send your email to likeacopcar.78@gmail.com
January 20, 2015 8:21 am 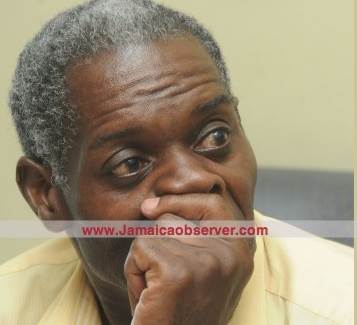 The 64-year-old Jamaican, who has been living in England for the past 54 years, is now stranded in the island after enjoying a two-week trip — his first back home in all that time.

Bogle said his ordeal started on October 13, 2014 when he got to Sangster International Airport in Montego Bay to take a return flight to England, only to be told by Immigration officials that they could not allow him to leave.

“I got the shock of my life when I was turned back and told by authorities that I would have to have a visa to leave the country,” said the distraught-looking Bogle, who added that he was not aware of the travel requirement.

The reason for that is that Bogle, since leaving Jamaica in 1962 when he was seven years old and just before the country achieved political independence from Britain, never applied for British citizenship. In fact, he said he didn’t renew his Jamaican passport until just before he travelled here on September 29, 2014.

“Since I migrated at age seven I have never travelled and never had any intention to. It was after I retired I decided to take a trip to Jamaica to see what the country was like,” Bogle told the Jamaica Observer yesterday.

“I knew no one in Jamaica; it was the first time I was travelling since I was seven,” Bogle emphasised on the verge of tears.

He said the two-week holiday in Portland was like a dream come true, but all of that changed when he got to the airport.

According to Bogle, after getting over the shock of being told about the visa, he was on the verge of sleeping on the streets, as he had nowhere to go, neither did he know where he was.

Bogle said it was through the kindness of this woman, who gave him a place to stay, that he has been able to survive.

Acting on the advice from the Immigration officials, he made contact with the British High Commission in Kingston to apply for a visa and was given a list of documents he would need for the process.

He said he contacted his mother, who brought the documents to Jamaica.

“After I got the documents, I applied for the visa and, after waiting for some time, would receive another shock when I learnt that the visa was not approved,” Bogle told the Observer.

He said that no reason was given.

Now stranded, running out of money, and with no family in Jamaica, Bogle is desperate.

Bogle worked for close to 40 years in England, got married and later divorced. He is the father of two sons, who are both adults.

During his time there, he purchased a house and, after achieving most of his life’s dream, decided to take early retirement.

Yesterday, when the Observer contacted Bogle’s former boss, Roy Broadeent, in England, he said he was aware of Bogle’s plight.

“I have heard of the situation and am really shocked,” said Broadeent, former manager of Broadhurst Engineering, where Bogle worked before going to Manchester City Council.

“It is true, I have known Lloyd for over 30 years. He has been a resident in Oldham, Royton for all that time. During that time he worked for me and would later go on to work for Manchester City Council for at least 27 years,” said Broadeent.