This post is based on an email that was sent and in no way reflects the views and opinions of ''Met'' or Jamaicanmateyangroupie.com. To send in a story send your email to likeacopcar.78@gmail.com
August 4, 2013 9:17 am

THE REWARD SHOULD HAVE BEEN 1MIL 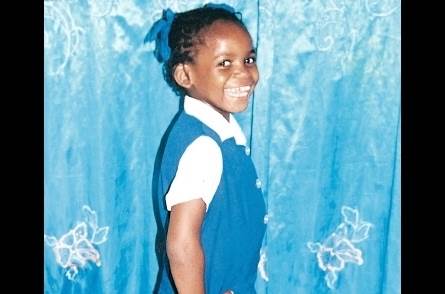 DESMOND McKenzie’s West Kingston Constituency organisation is offering a $300,000 reward for information leading to the arrest of persons responsible for the killing of an 11-year-old girl on Thursday.

McKenzie, in a statement yesterday to the Jamaica Observer, said the constituency organisation has also agreed to foot the bill for the funeral of the child, Tassanique ‘Daenia’ James of North Street, Kingston, who was reportedly killed by a bullet to the back of the head during an attack on her community by gunmen. Two women who were also shot by the gunmen during the attack were said to be in stable condition last night.

Police patrol sections of West Kingston in the aftermath of the killing.

The incident took place about 6:30 pm while persons were standing on Bread Lane, near Spanish Town Road. A group of men, police reported, walked up and began firing indiscriminately. Frightened residents tried to flee, but Tassanique and the two women sustained bullet wounds. The girl died while undergoing treatment at hospital. The women were treated and released.

In a statement yesterday, McKenzie, who has been MP for West Kingston since December 2011, said that his constituency executive has unanimously condemned the shootings as well as the robbery and murder of a businessman in the Darling Street area, which occurred at approximately 4.30 am yesterday. It, however, seems the businessman’s murder is unconnected to the shooting of the girl.

“A number of innocent people have been affected by this latest bout of shooting, and it’s not something that we can really tolerate much longer. The police have to act and act decisively,” McKenzie said.

At the same time, the MP called on persons who can offer information on the shooting to come forward.

“If they don’t want to go to the police, come and give me the information and I will give it to the police. But we can’t continue like this in the constituency,” McKenzie said.

He added that he was also concerned about a 12-year-old girl who was also shot on Thursday, and asked to return to the Kingston Public Hospital in 2015 for removal of the bullet.