This post is based on an email that was sent and in no way reflects the views and opinions of ''Met'' or Jamaicanmateyangroupie.com. To send in a story send your email to likeacopcar.78@gmail.com
June 14, 2013 7:48 am

SHE SEH SHE NUH WAA GO BACK TO HIM 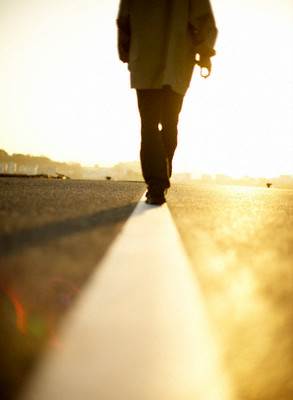 Help Me! I don’t want to go back to him

I married my husband precisely 30 years ago and, sincerely, I didn’t expect or believe what he tried with our son. This made me believe in the saying that; you can’t know a man’s behaviour through and through. Learning is a life-long and continuous process in relationships and marriage. And I learnt that one cannot totally know one’s partner or outwit his tricks.

God has blessed us with four beautiful children: two boys and two girls. And to God’s glory, everything appeared peaceful in our home. I mean, we were contented with the little we had then.

I was a diligent businesswoman and my husband was a driver. He shuttled between states with a rugged bus we managed to buy. And with the meagre money we earned on a daily basis, we sent our children to school.

My first child is a girl, a very zealous one who believed in hard work to the core. After her university education, she got a lucrative job; so she invited the second child, a boy, to live with her. I was happy about this because it really relieved me of my financial burden as I was left with the last two children.

My last child is a girl who was very fond of her father. In fact, she was the dearest to his heart. The two of them were inseparable. I always admonished my husband to desist from showing too much love to one particular child as it could cause envy and hatred among the children, but he couldn’t help it.

Some years after our marriage, one fateful afternoon, I received the shocking news that my husband had an accident with his bus. I was destabilised. I rushed to the hospital where he was receiving treatment and, fortunately, the injuries he sustained were minor ones. I rejoiced and thanked my God that he would not be sent to an early grave after all, and that, I would not become a widow untimely.

After this incident, my husband vowed never to drive again. I guessed he was shaken by the accident and I understood him quite well. My husband became a ‘home alone’ man. When everyone had gone out on their businesses, he would be home all alone. I guessed this was where the devil started playing tricks on his thoughts.

The once cheerful man started getting dejected and whenever anybody tried to cheer him up or asked him what was wrong, he would flare up and become moody all day, even his dearest daughter could not appeal to his sense of humour any longer.

Our home became boring and uninteresting, but life had to go on, we couldn’t all throw our happiness away because my husband suddenly became frustrated. When the situation was becoming unbearable, I called my first daughter and confided in her. She tried all her best by appealing to her father, but all to no avail. His problem was that, he did not want to go back to driving or do any other thing. What was on his mind? Nobody knew. My eldest daughter returned to her base and our boring life continued.

On a fateful day, my husband’s bosom friend came calling in our home, Taiwo, that visit was the last straw that broke the camel’s back. We have since then been deprived of peace. I didn’t know what they discussed, but my husband changed completely. He started keeping late nights and even stayed away from the house for days. His behaviour, whenever he was around was very strange and outrageous. He would pick a quarrel with me and start to beat me. I ran to his family and reported him to his aged mother. I explained that my husband was possessed by strange behaviour and that he needed someone to counsel him seriously or else, this recent attitude of his could destroy our home. When my husband was summoned by his family members, he denied the allegations and exclaimed that he was oblivious of the whole story. However, when he returned home that day, he gave me the beating of my life and threatened that he would send me packing if I ever reported him again.

I was so confused about the whole situation. I ran to God for help. I got close to God and prayed to Him to unravel the crux of the matter. I never prayed for a broken home, but what had come over my husband was despicable. One afternoon, after I closed from shop, a friend of mine came to visit me. We chatted for a long time before she stated the purpose of her visit. When she started, I was too shocked to speak because she actually revealed some secrets about my husband. My friend told me about my husband’s evil plot to kill our last boy for rituals! How did my friend know this?

My friend’s husband was the mastermind and it was when things did not work out as planned that he confessed to his wife. My husband and his friend (my friend’s husband), had gone to a herbalist some weeks earlier to consult him on their financial status and he (the herbalist), had promised to help them get rich if only they could bear what it entailed.

The herbalist had ordered them to bring one of their sons for rituals to become affluent. After their encounter with the ritualist, my friend’s husband told my husband that he would not take such a step in order to become rich. He would not allow even a pin to touch his children, talk less of giving any of them out for rituals. He, however, warned my husband to desist from such ploy.

My husband ignored his friend and was bent on becoming rich, so he went back to the herbalist, promising to bring his last son the following month.

After her narration, I was perplexed and fear gripped me after realising that I had been living with a devil incarnate as husband. My friend warned and advised me to send our last child to live with a relative and pretend not to know his whereabouts. I appreciated her for the advice and kept calm as if I heard nothing about the whole issue.

When my husband came that night, I didn’t ask him anything, but I became keener about his behaviour. I discovered that he started behaving strangely. He would wake up in the middle of the night and chant some incantations. I started seeing some fetish things and charms under his bed. Then, I truly believed my friend’s story.

Before the end of that month, I came home from shop one afternoon and packed my boy’s things and sent him to one of my relatives. Poor boy, he was so curious, he wanted to know why he would be living with a new family all of a sudden, but I promised him that, it was only for a short period of time.

Subsequently, my husband noticed the boy’s absence and started inquiring about him. I lied and pretended that I didn’t know his whereabouts. He was 18 then, I told him that he probably would have gone to visit his elder sister without our consent. He believed me.

My husband became restive when he couldn’t locate boy. He called our first son and asked him to return home but the boy refused. One afternoon, when I couldn’t cope with his unwholesome behaviour, I packed my things, everything I had and moved to another house I had rented. I invited my younger daughter to live with me but she refused. She preferred to stay with her father.

I learnt later that after an endless search for me, he gave up and accepted his fate. My younger daughter, however, learnt of his mischief and came looking for me. She knew where I live and that was my concern. She loves her father that she could easily disclose my whereabouts. What do I do now? Should I go back to him or pack to another house?

Everyone in our street heard about this incident and had been keeping their children from our house. My husband is now more of a laughing stock. How would I go back to this kind of man? Please, I need your advice.