This post is based on an email that was sent and in no way reflects the views and opinions of ''Met'' or Jamaicanmateyangroupie.com. To send in a story send your email to likeacopcar.78@gmail.com
August 15, 2013 7:29 am

T.J. Maxx manager in Long Island busted for possession of $130,000 in stolen goods 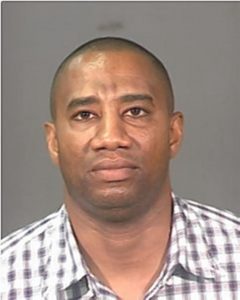 Cornell Poyser, 40, in a photo released on Tuesday. Poyser, an assistant manager at a T.J. Maxx in Long Island is accused of stealing merchandise from his employer and then selling it cheap at his store in Brooklyn.

He was selling designer dresses and handbags at knockoff prices, but a T.J. Maxx assistant manager was busted for getting the goods for a steal.

Steep discounts came with a heavy price for Cornell Poyser, 40, who is accused of a massive insider shoplifting scheme at a T.J. Maxx store in Oceanside, L.I., where he had worked for five years.

Poyser was caught red-handed Thursday as he drove a van packed with boosted name-brand goods destined for his own boutique in East Flatbush, Brooklyn, law enforcement sources said.

More than $130,000 in designer duds and accessories were seized from Poyser’s van and the shop he opened nearly a year ago, a law enforcement source told the Daily News.

Not a T.J. Maxx: Poyser’s discount store on Church Ave. in the East Flatbush section of Brooklyn was allegedly stocked with goods stolen from a Maxx store in Long Island.
Joe Marino/New York Daily News

“Even the racks and the displays came from the Oceanside store,” the source said.

Poyser of Brownsville, Brooklyn, turned fashionistas into Maxxinistas by offering rock-bottom prices on the allegedly boosted merchandise. What he didn’t sell at the store, he hawked on eBay, the source said.

“I’m flabbergasted,” said a hairstylist who frequented Poyser’s store on E. 54th St. off Church Ave. The customer, who requested anonymity, said Poyser’s prices were so low she suspected he was selling knockoffs.

Fashionable $129 Ugg boots could be gotten from Poyser for $50.

These prices are a steal: Goods like this Michael Kors handbag, which sells for up to $200, were going for a fraction of their retail price, one customer of Poyser’s East Flatbush shop said.

These prices are a steal: Goods like this Michael Kors handbag, which sells for up to $200, were going for a fraction of their retail price, one customer of Poyser’s East Flatbush shop said.

While he didn’t hang a shingle, Poyser told customers he named his store Excade Boutique. He accepted credit cards and had his own T.J. Maxx-like motto: “Boutique Items at Wholesale Prices.”

A lot of the merchandise Poyser was selling still bore T.J. Maxx labels, the source said. And he was protective of his purloined property, making sure he wired up high-end security cameras to eye his front door.

When an audit done earlier this year revealed the sales volume at the Long Beach Road outpost was lower than inventory, T.J. Maxx officials wised up.

Fashionable $129 Ugg boots could be gotten from Poyser for a mere $50.

The retailer’s own investigators launched a probe and caught Poyser on videotape stashing clothes, shoes, purses and luggage in the back of the store, the source said. They also watched him pull his van up to the back door after closing and load up.

On July 28 and Aug. 3, the store sleuths tailed him to the East Flatbush store and watched him unload the loot. Then they went to the Brooklyn district attorney’s office, which sent undercover officers to his store.

Poyser was arraigned Thursday on charges of possession of stolen property and ordered held at Rikers Island on $20,000 bail.

Co-workers at T.J. Maxx said they were only told Poyser no longer worked there.

“I never saw anything strange,” said one former colleague. “I wouldn’t think to watch a manager, though.”