This post is based on an email that was sent and in no way reflects the views and opinions of ''Met'' or Jamaicanmateyangroupie.com. To send in a story send your email to likeacopcar.78@gmail.com
January 12, 2016 7:57 am

Angry Raymond Pryce supporters and the hierarchy of the governing People’s National Party (PNP) ended a stormy meeting at PNP headquarters in Kingston yesterday in a Mexican stand-off of sorts as the party bosses stood their ground, insisting that they would not reverse the selection of Evon Redman to contest the St Elizabeth North Eastern seat in the next general election.

“Before mi vote for Redman, mi chop off mi hand,” one Comrade fumed. “Mi can tell you from now, if this decision stands, North East St Elizabeth will become JLP. Wi not voting, none of us, if they don’t change the decision,” said Tyrone Atkinson.

The Pryce supporters had travelled from St Elizabeth in at least nine buses to vent their continued anger over the results of a September 26, 2015 selection in the constituency that saw Santa Cruz businessman Redman polling 339 ‘yes’ votes from the 467 delegates who turned out.

A total of 127 voted ‘no’, while one vote was spoilt. The ratification vote followed Pryce’s withdrawal from the contest after a contentious internal campaign.

Pryce is the sitting Member of Parliament for the constituency. Pryce’s withdrawal came in the aftermath of the highly unusual decision by his supporters, including former Mayor of Black River Daphne Holmes, to take the PNP to court over the selection process. The move was said to have deeply angered the PNP hierarchy.
Just last week massive roadblocks were mounted in the constituency, resulting in widespread inconvenience, especially for children going to school. Signs left at the roadblocks with messages such as ‘No Redman’ led to the conclusion that the seemingly co-ordinated protest actions were related to the ongoing feud.

Yesterday, on arrival at the PNP’s Old Hope Road headquarters, the angry Comrades demanded that their voices be heard. “Wi want to talk to top-ranking members of the party about their decision to remove Pryce from wi constituency, and wi nah leave until wi hear from them,” one supporter shouted.

They were met by PNP Deputy General Secretary Julian Robinson, who asked them to select representatives who were then ushered into a meeting to discuss the matter.

Pryce arrived later to much shouts of jubilation.

However, after more than four hours in the meeting, the bulk of supporters were seen storming out. Some tore off T-shirts bearing Pryce’s image, threw them to the ground, and threatened to burn them.

They also said they would not be voting for the party in the next general election.

But wi can tell dem wi nah work wid what dem a tell wi; a fool dem tek wi fah,” Jason Williams told the Jamaica Observer. Pryce, in an attempt to quell the tension, called on supporters to accept the decision made by the party hierarchy.

But that did not go down well as the meeting descended into a shouting match with Comrades competing with each other to vent their anger.

Later, PNP Chairman Robert Pickersgill told a press briefing that the party would not be deterred by the developments, and insisted that no change would be made to the decision.

He said, instead, that the party would move to address the problem, claiming it was not the first time there were issues of this nature.

“Those threats we are accustomed to,” Pickersgill said, pointing out that in a party as vibrant as the PNP, which had a mechanism that allows people to speak and express their opinion at various levels, there would always be differences of opinion. 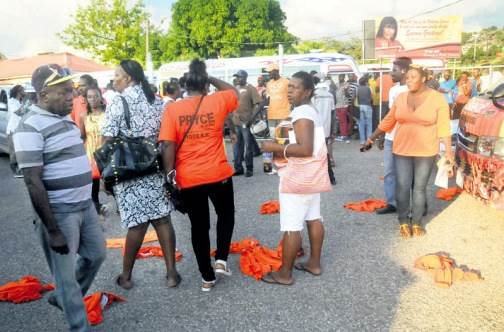 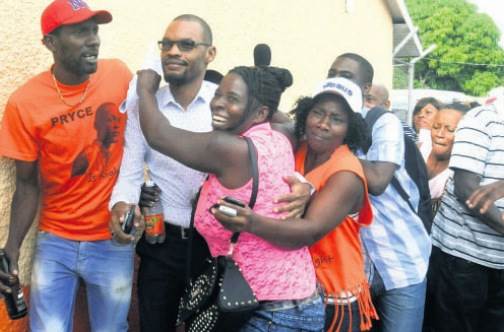 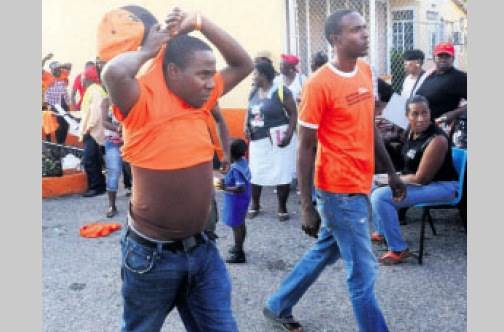 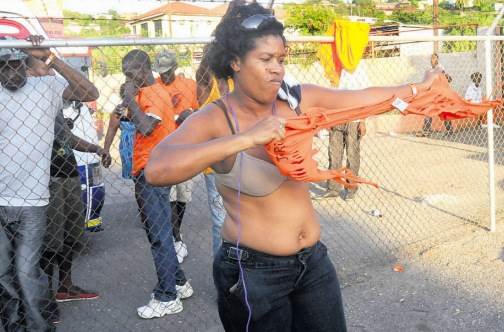