This post is based on an email that was sent and in no way reflects the views and opinions of ''Met'' or Jamaicanmateyangroupie.com. To send in a story send your email to likeacopcar.78@gmail.com
January 27, 2015 4:54 pm

PEOPLE WHO STAY BIGGING UP CRIMINALS 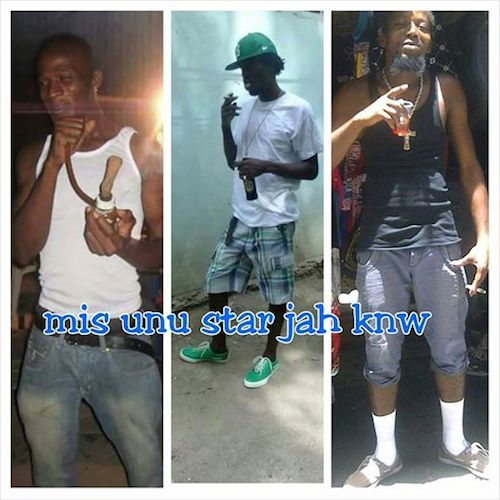 ok i get to understand that these 3 dudes are responsible for the killings in castle height all were killed by police. I remember in 2008 these same boy had 2 gangs in there and they start a scuffle at the football field which resulted in one of them ended up dieting . One that was innocent it is said he was parted the fight but he was blamed for parting it. He stabbed was stabbed of these boys and they had passed the age of 18(Apparently they gave authorities the wrong age). They were not as young as was said. Now 6 years later i hear say dem don come from prison and dem start the f**kry again . It look like dem a rob people hard to cuz dem a high roller.In the pics clayton thomas aka toms killed by police in jack hill, ricardo stammp ,killed by police in russel height, and son son .well i have to give the police a thumbs up or is because its a uptown garrrison cant have these monster so close to your valuable uptown citizen mr bunting??

**The sender is trying to say that there is more to the story..They may have been working for a don uptown which is why they were in those areas…**