This post is based on an email that was sent and in no way reflects the views and opinions of ''Met'' or Jamaicanmateyangroupie.com. To send in a story send your email to likeacopcar.78@gmail.com
January 31, 2015 8:10 am 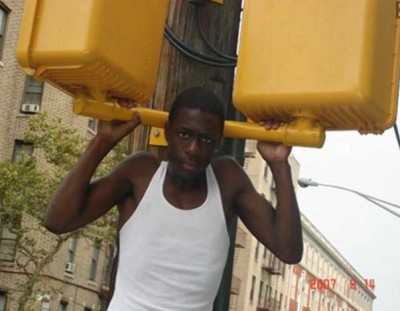 The settlement comes amid an ongoing federal investigation by Manhattan U.S. Attorney Preet Bharara into possible civil rights violations against the NYPD cops involved in the Feb. 2, 2012 fatal shooting.

Officer Richard Haste, who fired the fatal shot after chasing Graham, 18, from the street into his home, was initially indicted by the Bronx district attorney for manslaughter, but a judge threw out the case on a legal technicality.

A second grand jury declined to indict the cop.

City Law Department spokesman Nick Paolucci said: “This was a tragic case. After evaluating all the facts, and consulting with key stakeholders such as the NYPD, it was determined that settling the matter was in the best interest of the City.”

Haste does not have to pay a dime toward the settlement, a source said.

Graham’s estate will receive $2.95 million; his brother will receive $500,000 and his grandmother $450,000 because they were in the home at the time of the shooting, sources said. Graham’s mother, Constance Malcolm, will also receive $40,000,the sources said.

Besides emotional damages, the family also sought compensation for their alleged mistreatment by police who detained them after the shooting.

“Why did you shoot him? Why you killed him?” Patricia Hartley allegedly asked the officer who had just fired a fatal bullet into her grandson’s chest.

“Get the f— away before I have to shoot you, too,” the suit alleged Haste warned after pushing the 58-year-old backward into a vase.

Police had claimed that Graham was suspected of participating in a drug deal.

Cops chased him into his Williamsbridge home without a warrant and Haste claimed that he had heard over the police radio that Graham was armed. A a small bag of marijuana was recovered.

The suit also accused the NYPD of trying to cover up the killing, failing to properly train officers and engaging in racial discrimination through the stop-and-frisk policy.

Graham’s death sparked numerous protests in the Bronx and other parts of the city by demonstrators calling for justice.