This post is based on an email that was sent and in no way reflects the views and opinions of ''Met'' or Jamaicanmateyangroupie.com. To send in a story send your email to likeacopcar.78@gmail.com
August 11, 2014 7:55 am 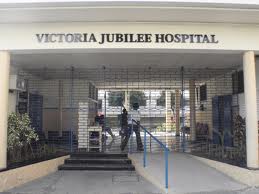 MINISTER of Health Dr Fenton Ferguson might have ordered a probe into complaints of misconduct by members of staff at the Victoria Jubilee Hospital in West Kingston, but the howls of verbal protests by women who say that they were mistreated, continue.

Yesterday, two women gave gripping accounts of what they said was treatment meted out to them by doctors, nurses, midwives, and nursing assistants at the maternity institution, and directed the Jamaica Observer to other women who were willing to speak out against what they called atrocities, some of whom, they said would be willing to disclose their names.

The two, in venting their anger, asked that their identities be kept secret, as they had not ruled out having more children at the VJH, due to their inability to afford private delivery should they become pregnant again, although it was something that they did not want to do.

“I really would not want to go back to that hell house,” one woman said.

“I have had three bad experiences at Jubilee and three is enough. I lost the first child, due to the negligence of the people at the hospital; I went there after that to do surgery for a pregnancy that went bad, and on the third occasion when I had my child late last year, the people treated me so bad that I believed that my baby would end up dead,” the 27-year-old said.

The other woman, aged 21, related a worrisome tale to the Observer, many of the details of which cannot be published by this newspaper.

“You would never believe that they could treat pregnant mothers like hogs down at that place,” she said in reference to the English-speaking Caribbean’s largest maternity institution.

She said that the first time she went to the VJH to deliver her baby, she met upon some of the medical personnel whom she described as “the worst kind”.

“First of alI, when I was feeling labour pain, I was told to go to the delivery room by myself, and in the pain that I was feeling, I forgot to take my receiver, nightie and pampers.

“The midwife promptly sent me back for the items, shouting at me for forgetting them.

“One nurse who saw that I was in pain offered to get the items for me, after she asked me what number bed I was using, but the midwife said to her ‘no, mek she go back fi them’, and I had to go all the way back, while feeling terrible pain.

“During the process, that same midwife kept roughing me up and telling me to push out the baby. I told her that I was pushing all I could, but that it was very hot. She then said to me ‘you never know say it did hot when you a f…'”

The other woman also said that she lost a foetus and went to the VJH to do surgery to remove the remnants. There, in the midst of complaining about feeling pain during the surgery, the medical personnel conducting the procedure ended it abruptly, pushed her back onto the ward and in a matter of two days she was discharged.

She said that she had to go to a private doctor, who did the surgery all over again and told her that had she waited another day, she would have died.

“When I was there for my surgery they offered to put a young girl who had lost a baby on contraceptive, but she told them that she would seek her mother’s opinion on the matter first, and they seemed so upset that the doctor who was heading the team said ‘half a dose fi her’.

“When the young girl was doing the surgery you could hear her screaming for help from far away. When she came back in, she was in shock and they had to tie her down on the bed. Another patient intervened and asked how they could rough up the girl so and they cussed her and said it was none of her business. Shortly after that, the girl’s mother came in and ended up in an argument with the staff for tying down her daughter,” the woman said.

Another incident related by the older woman led to her shedding tears.

“When I went to the delivery room to have my baby, I was screaming for pain. The midwife said to me ‘wha you a bawl out for, if you no stop crying for pain me ago leave’, and she left … she walked away. I told her the baby was coming out, and she was saying ‘well if it is coming push it out’, standing across the room from me.

“Other nurses came in, but they were dealing with more than one deliveries. I was pushing and the baby was not coming out, the midwife was slapping me and saying ‘why are you stopping, don’t stop pushing until I tell you to, and ‘if you don’t push, the baby will die, and it will be your fault’.

“The midwife was slapping me hard on my leg and saying ‘push out di pickney nuh gal’, but there was one nurse in the group that was sympathetic. It was a real struggle with that midwife until the baby came, and even after that, the verbal abuse continued,” said the woman who also claimed that she was told by the midwife that ‘this baby thing don’t cut out fi you’.

Stories of pregnant women calling out for help while they were in pain, and the medical staff mocking, jeering and laughing at them, were told by both women.

“One woman when the pain lick her said ‘Jesus’ and the midwife shout out ‘a wa Jesus do you. Shut up’, one related.

Also, a particular midwife, the other woman claimed, would look at patients when they are crying out for pain and tell them to keep quiet, pointing to her watch and saying ‘look at the time, me no go fi lunch yet and oonu a mek so much noise’.

“If I wasnt convinced before, I am now convinced that I would not want to go back to Jubilee for love nor money,” one of the women said.

The other argued that the lack of communication by medical staff, particularly some doctors, whom they claim behave like they are of a higher social class, also adds to the problem.

“Sometimes you just want to say something to a doctor and they don’t even listen to you, they would just walk off and brush you aside,” she stated.

Dr Ferguson could not be reached for a reaction when the Observer telephoned him last night, but a medical practitioner at the VJH, while admitting that some members of staff at times “stepped out of line”, said that his colleagues were often under pressure.

“We work under tough conditions at the hospital, and sometimes we have to put up with some patients who would want to rough us up, but by and large we have a dedicated and committed staff who want to do their best as far as patient care goes,” said the doctor, who also asked not to be named.