This post is based on an email that was sent and in no way reflects the views and opinions of ''Met'' or Jamaicanmateyangroupie.com. To send in a story send your email to likeacopcar.78@gmail.com
October 12, 2014 8:24 am 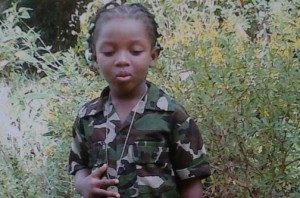 NATHORNA Mathison sat beside the bed in the emergency room at Princess Margaret Hospital looking at her four-year-old daughter and knowing, without a doubt, that the child was dying.

“I noticed that her eyes were wide open but I was just seeing a little black at the top of her eyes, so I grabbed her up but she couldn’t stay up… she was dropping back down. Her pet name is ‘Pinky’ and I hold her up and say ‘Pinks, I love you, I love you, I love you’. The last thing she said to me was ‘Mommy, I love you too’.”

The mother of four-year-old Devonise Garwood, who died on Friday after consuming food from a restaurant in Morant Bay, St Thomas, recalled the excruciating pain of that experience yesterday, even as she told the Jamaica Observer that she does not plan to file a lawsuit against the restaurant.

“I am not angry with the persons at the restaurant because it could happen to anybody,” the 33-year-old mother of two said. “But it’s a case of their negligence and they should realise that this happened because of them. But I am not angry. And no, I don’t plan to sue because at the end of the day money cannot bring her back.

“Even if you plan to sue it would be a long, drawn-out thing and she is not coming back, so it does not make any sense,” Mathison told the Sunday Observer.

Despite all that, the grieving mother is still at a loss that no representative of the establishment has come forward to even console her.

“It’s now in the hands of the police,” Mathison said.

Mathison recounted the incidents leading up to the death of Devonise after she shared a box of food — rice, peas, chicken and pasta, purchased at the St Thomas restaurant — with her 16- and 18-year-old aunts, and Mathison’s 16-year-old niece.

The restaurant has since been ordered closed by the Ministry of Health.

“We had a report of a four-year-old child who actually died after eating some food that was contaminated,” Dr D’Oyen Smith, medical officer of health, told the Sunday Observer yesterday. “There are other persons that have been affected and one of the things is that we have been doing our investigations, assessing the facility where they have eaten.

“One of the things that we have done is to close the facility and we are doing additional investigations to determine what the true source was. But we have identified most of the persons who were exposed and we have put corrective measures in place,” Dr Smith said.

The team from the ministry, he said, is still collecting data to ascertain the exact number of individuals affected, as up to yesterday people of all ages who ate at the restaurant on Wednesday were still visiting the hospital with complaints.

“But up to last night (Friday) there were seven persons who had turned up at casualty, so we will release additional information as we collect it,” Dr Smith said.

Mathison recalled that when she got home from work Wednesday evening Devonise started tossing and turning and vomiting.

“I asked them what they ate and they said they bought food at the restaurant. About 3:00 am Thursday, both my sisters who also live with me started having running belly. I started getting concerned because it went on until about four o’clock and they were still taking turns visiting the bathroom. So I phoned my sister and told her what was happening and she said her daughter, my niece who also ate the food with them, was there with it too but she had both running belly and vomiting. That’s when we realised it was the restaurant food because all four of them were affected,” Mathison said.

By Thursday morning her child had to be taken to the health centre as she could not control her bowels. It was discovered that she had a high fever. She was sponged down and given Panadol and rehydration salts while there.

According to Mathison, though she was not told what was wrong with the child, she was prescribed rehydration salts, Panadol, Pepto-Bismol and sent home.

Mathison said that her sisters also visited the health facility for treatment but were not considered serious.

“She went to sleep after eight o’clock Thursday night but she was constantly defecating, so I had to put her in diapers,” the distraught mother said. “She was so weak she could not even take a step to the bathroom, so I just kept changing diapers. I was saying maybe it was the salts that they gave her that was pushing the bacteria out of her system. So I was watching her. At about three o’clock she starting vomiting green liquid.”

This time, the child was rushed to Princess Margaret Hospital.

“When they took her temperature it was 103. She was given dehydration salts, but brought it back up. So they took her inside and gave her two bags of drips.”

Mathison said that she noticed the first sign of death on her daughter when she sat beside her bed in the emergency room.

“I saw that her hands were hooking up from her wrist like when someone was crippled,” the heartbroken mother said. “At one point they did an X-ray and when I asked the doctor what it showed, she said nothing. So she said they are going to admit her.”

But shortly after Mathison registered Devonise, the child passed away.

She said that the doctors and nurses worked tirelessly in an attempt to revive her child, whom they told her was having a seizure.

“They didn’t have to tell me she was dead, because I had gone outside and when I returned everybody was crying — doctor and everybody,” Mathison said.

Mathison said that she was told by the doctor that it was a case of food poisoning.

“They had taken blood test and all of that and the doctor said the vomit caused from the food poisoning had got into her lungs and that was what killed her,” Mathison said, trying to maintain her composure.

She described her daughter as jovial, outspoken and full of life.

“I don’t think anyone could have asked for a better child than Devonise,” she said as the tears again flowed down her cheeks. “At her age, everybody’s life that she touch didn’t have a bad thing to say about her. Every morning when I’m taking her to school, everybody calling to Pinky — nobody call to me, because it’s like they don’t see me, all they see is Pinky going up the road. And she would be dinging off everybody finger.

“When Pinky and I are home I don’t need another company because if you hear me and Pinky talking you would think is two big people in the house, because we would hold proper conversation. She don’t ask any stupid questions. I always tell her that she was too big for her age. At school it was the same thing,” the child’s mother said.

Ann-Marie Willis, Devonise’s aunt, said that she has not eaten since receiving news of the child’s death.

“I can’t find a suitable word to describe my niece. She was too precious. Pinky is my heart and my soul. She was a brilliant child, jovial, loving. I know at some appointed time everyone has to die, but she was a lively child up to Wednesday going to school, and to see she just take down sick so and pass off, it really touching,” Willis said.

Health Minister Dr Fenton Ferguson, who said he would be visiting the family and those in the hospital, stated that although the actions of public health inspectors were sometimes perceived as harsh, they were there to help curtail incidents such as this.

“It’s an unfortunate situation and I really want to express my own sympathies to the family and those in particular who have been impacted,” he said. “But it also strengthens our view that when our public health officers are hard, or perceived to be hard in upholding to public health standards, we sometimes get a lot of flak and they appeal to persons in higher positions, but then when you allow it to happen you see the result of that. It is one lesson to be learnt from this kind of incident,” Dr Ferguson said.

Despite the tragedy, the family is still holding to the belief that the restaurant in question is a good one and their meals have always been enjoyed by just about everyone who dine there.