This post is based on an email that was sent and in no way reflects the views and opinions of ''Met'' or Jamaicanmateyangroupie.com. To send in a story send your email to likeacopcar.78@gmail.com
February 19, 2015 2:02 pm

MISSING CHILDREN BEING USED AS SACRIFICES? 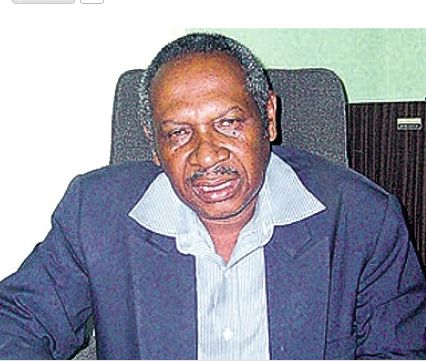 A senior church leader claimed yesterday that some of the cases in which children have gone missing could be linked to underground organisations carrying out satanic practices.

The clergyman, Errol Rattray, president and CEO at Errol Rattray Evangelistic Association, said religious leaders in Jamaica have received reports that the practice of blood sacrifice or satanic sacrifices was being carried out in Jamaica.

“Based on our (church leaders’

knowledge some of those children who have gone missing are being used for satanic sacrifices,” said Rattray, who has more than 30 years under his belt as a religious leader in Jamaica.

Yesterday, another clergyman who asked that he not be named said the claim should not be ignored as the Bible speaks about the issue.

“The Bible says people should not to be ignorant of the devil and his devices,” said the religious leader, who pointed out that there was a dark side that exists in society that a number of Christians were fearful of speaking about.

Yesterday, an Assistant Commissioner of Police George Quallo, when contacted by the Jamaica Observer, said he had no knowledge of the reported acts.

“I cannot speak for other areas, but as far as I am aware we (police) in Area 4 have no knowledge of such practices,” said ACP Quallo.

Statistics presented last month by the Office of the Children’s Registry showed that 90 per cent of the 1,984 children who were reported missing in 2014 had returned home.

Evangelist Rattray, meanwhile, said that based on the satanic practices some of the children who have gone missing will never be recovered.

“Many of the children who have gone missing will never return home because they are being targeted by these organisation,” Rattray told the Observer in a telephone interview.

A number of religious leaders in the country, according to Rattray, have launched a ‘spiritual war’ to tackle the evil that is operating in the country. The Christian community, he added, was praying against the evil practices, but stressed that other Jamaicans need to get on board.

At the same time, the clergyman urged Jamaicans to use the season of Lent, which started yesterday (Ash Wednesday), to fast and pray against attacks on the nation’s children, corruption, and the many other ills which have been holding back the Jamaican society.

He said he felt that the period of Lent was an opportune time for leaders and Jamaicans, overall, to raise their voices in prayer to call for divine intervention to deal with the spiralling crime problem and also to reduce the number or cases of children going missing.