This post is based on an email that was sent and in no way reflects the views and opinions of ''Met'' or Jamaicanmateyangroupie.com. To send in a story send your email to likeacopcar.78@gmail.com
June 10, 2013 9:16 am 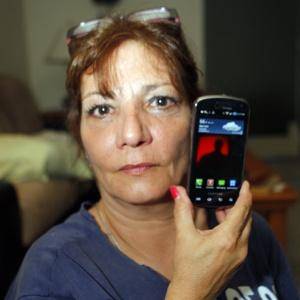 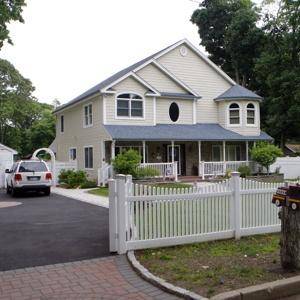 The family of a firefighter who died in ”Black Blaze Sunday” are reported to be living with a house demon. The family of Lt. Curtis Meyran who had jumped to his death during a fire his station had called to put out in 2005 , moved to the home in 2006 .

An attempt to make a fresh start for Mrs Meyran and children soon turned into a nightmare. The house which has been featured on “Paranormal Witness” is said to attack and shock her children. Fellow firefighters had set up the home which resides on a two acre property and equipped it with video camera so that Meyran could feel safe.During repairs they found a large sized pentagram on the basement floor with human bones and teeth. A diary dating back to 1927 that was written by a Christina, detailing sexual abuse by her father and also stated that he did animal sacrifices.

“He made me bleed the way he made the animals bleed.”

One night after going over the videos Meyran noticed an image of a cloaked man lurking in her backyard.

“They were transparent. Like outlines of people. It was wild . . . I splashed water on my face,”

Meyran recalls. The children remember loud thumping and muffled whispers that came from out their bedroom. It was after coming home to find the whole place ransacked that Meyran decided to call a priest. His gallons of Holy Water did not work.
The strange demonic force was even said to have pushed one of Meyran’s daughters off her swing and she broke her ankle. Angela said later that

“This figure, 8 feet tall with horns and a tail, bent down and stepped out . . . I saw its claws. [It was] walking towards me. He smelled like rotting, dead flesh.”

A paranomal investigator that was hired by Meyran told her that the demolition of the house had angered a demon who lurked in the basement. A pyschic was called and the home was cleaned by sage along with kosher salt and commanded it to leave. They have been demon free ever since but still cleanse the home every three months