This post is based on an email that was sent and in no way reflects the views and opinions of ''Met'' or Jamaicanmateyangroupie.com. To send in a story send your email to likeacopcar.78@gmail.com
August 7, 2016 9:15 am

Veteran selector Tony Matterhorn recently ranted at Dream Weekend that he was the greatest selector of all time because of his long list of accomplishments, including several world clash titles and a Billboard hit record. However, legendary producer/selector King Jammy, who caught wind of Tony Matterhorn’s claim, told THE WEEKEND STAR that Tony Matterhorn cannot claim that title.

In a recent interview, Matterhorn, who peaked at number 85 on the Billboard Hot 100 in 2006 with Dutty Wine, told THE WEEKEND STAR that his many achievements make him the greatest of all time. 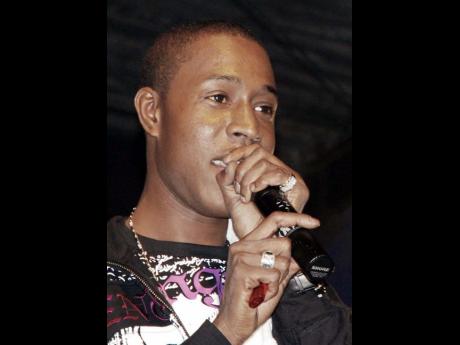 “Is the world say I am the greatest of all time. If you look at the things that I have done in the dancehall there is no selector of our time that has completed so much tasks. I have world titles. I did Billboard songs. I have been pulling out crowds. You name it, Matterhorn did it,” he said.

“I was part of the closing act of Sting and no selector has ever reached that level. The recent Red Bull Clash no Jamaican has ever represented and won that clash. So I am the greatest of all time … every department I did it the only thing I don’t have is a Grammy and I am going back for it.”

But Kings Jammy, who has been credited for his contribution to the birth of electronic dancehall music (EDM), insists that Tony Matterhorn does not know anything about music.

“Dem man deh nuh know music. How him fi be the greatest selector of all time? Great selectors don’t play songs with expletives to gain popularity. A good selector plays good music to entertain everybody both the young and old. Can you play in vintage setting and get a good response? Real selectors play for everybody,” he said.

As it relates to Tony Matterhorn’s numerous clash victories, King Jammy questioned the credibility of his opponents.

“In his clashes he went up against people like himself, so those victories don’t count. He has to go up against some real selectors from the vintage era to say that he is the best of all time. Sometimes dem man deh a play and you can’t even dance. So how him fi be the best? But him can always say what him want to say,” King Jammy said.

Instead, the legendary producer said veteran selectors like Danny Dread, Stone Love and Swash International are some of Jamaica’s better talents in his opinion.

“Real selectors play everything in dancehall. No way can Matterhorn be the best of all time and the best music was created in my era and he doesn’t even play those music? Right now, mi can play some songs for Matterhorn and he can’t even identify the artistes,” he said.

Tony Matterhorn is set to clash his arch rival Fire Links on August 19 at Club Amazura in New York.