This post is based on an email that was sent and in no way reflects the views and opinions of ''Met'' or Jamaicanmateyangroupie.com. To send in a story send your email to likeacopcar.78@gmail.com
December 5, 2015 7:54 am 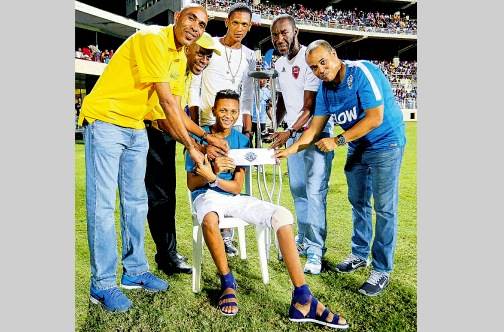 It is reported that his leg was amputated five inches above the knee.

Foote, 18, was diagnosed with the cancer in his knee prior to the start of the Manning Cup and missed the entire 2015 season.

He was an integral part of the school’s success in the Flow Super Cup in 2014 where they reached the final and lost to Jamaica College.

Several organizations including schoolboy football sponsor Flow, the Premier League Clubs Association (PLCA), Justbet and many others donated funds toward assisting with the surgery, which was estimated at $700,000.
His coach Devon Anderson was loss for words after visiting Foote at the hospital. “I feel like a fish out of water,” he said.