This post is based on an email that was sent and in no way reflects the views and opinions of ''Met'' or Jamaicanmateyangroupie.com. To send in a story send your email to likeacopcar.78@gmail.com
July 8, 2016 7:58 am 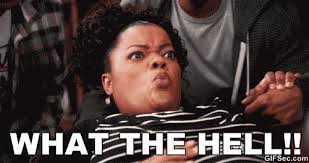 I always read your column and listen to you on the radio and I would like you advice. I am 22 years old. I have a babymother but we are not living together. She is living with her people and I am with my people. The baby is only one year old. She was in school when I got her pregnant so she has gone back to finish up. I got into a little problem and I need some advice. I met another girl and we became friends, but it is not a serious thing.

One night we went out and when I dropped her home, I asked her if I could come in, and she said that she could not take anyone in. We stood outside at the side of her house, but nobody inside knew we were there. I started to romance her until I got her in the mood and I put her to the wall of the house and had sex with her. We didn’t lie down or anything like that. I went on the road and stood up and she went to the front door and went in and I left. Nobody knew I was there.

I asked the girl if she would have an abortion, and she told me that she doesn’t want to sin twice. It was a sin to fornicate with me, she said, and now it would be a sin to have an abortion. I told her I would give her the money if she wants to do the abortion. I don’t know what to do. Should I tell my babymother that I got this girl pregnant? I didn’t know that she could get pregnant having sex standing up, she didn’t know either. Please for your advice.

You know that you had sex with this young woman. What you claim that you did not know is that although the both of you did it in a standing position, you could have impregnated her. Well, now you know for sure that it is quite possible. Numerous women have become pregnant after having sex in a standing position. You don’t have to question whether this girl is speaking the truth about becoming pregnant; you are only expressing your ignorance.

When a man discharges in a woman, sperm immediately swim up very fast and race towards the female egg. Some men get the impression that because of their standing position it is impossible to impregnate a woman, but they are wrong. Even if the woman is on top of the man, she can still get pregnant. Even if they have sex in the sea, it can happen.

So you see, sir, if this woman had not had sex with anybody else and you had sex with her, you are the father of the child she is carrying. She is insisting that she will not have an abortion. Therefore, you should do the right thing by accepting paternity. I know that you are worried because you have a girlfriend and both of you have a child together. I am also suggesting that you tell your child’s mother the truth and beg her not to leave you. You cannot be sure that she won’t leave you, but you can set your conscience free. I wish you well.