This post is based on an email that was sent and in no way reflects the views and opinions of ''Met'' or Jamaicanmateyangroupie.com. To send in a story send your email to likeacopcar.78@gmail.com
December 23, 2015 3:32 pm

GET AWAY DRIVER IN WOODARD MURDER CASE CHARGED

The getaway driver in the execution-style murder of a law student in Midtown — who was stalked and gunned down in broad daylight on a busy street three years ago — has been arrested, authorities said Wednesday.

He was arraigned in Manhattan Supreme Court on Wednesday morning and was remanded. 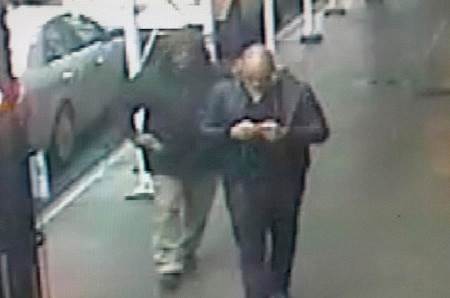 The shooter is still unidentified and remains at large.

Surveillance footage obtained from the crime scene three years ago showed a lone gunman coldly pumping a single bullet into the back of Woodard’s head as he was checking his cellphone. Moments later, he was seen calmly hopping into a waiting getaway car to make his escape.

Cops allege that it was McKenzie who was behind the wheel of the vehicle and that he was carrying a pistol at the time of the execution, according to court papers.

Woodard is believed to have been lured to the Big Apple from his hometown of Los Angeles to discuss details of a coast-to-coast cocaine operation that he was involved with.

Police sources said the law student and club promoter had been working as a drug courier and that he was ultimately killed by his associates after a large sum of money he was carrying went missing.

Woodard was thought to have been working with dealers from South Jamaica, brokering an arrangement whereby his New York connections would purchase drugs from their California partners and then sell them on consignment in the city.

But when the cash disappeared, sources said, the South Jamaica kingpins snapped — keeping all the proceeds of their final deal and then ordering the hit on Woodard, who was just one day away from a law-school semester final at the University of West Los Angeles, where he was a second-year student.

Cops say that at the time of his death, Woodard ultimately thought he was going to be meeting McKenzie to receive the money he was owed.

The five other individuals who were arrested in LA are all believed to have been involved in the bicoastal drug ring, sources said.

Cops said in 2012 that Woodard’s killer was believed to have been dispatched out of Queens. They later determined that the weapon used in his execution, a 9mm handgun, had also been used in a 2009 shooting that left two men riddled with bullets in St. Albans, where McKenzie has lived since 1996.