This post is based on an email that was sent and in no way reflects the views and opinions of ''Met'' or Jamaicanmateyangroupie.com. To send in a story send your email to likeacopcar.78@gmail.com
November 5, 2014 1:45 pm 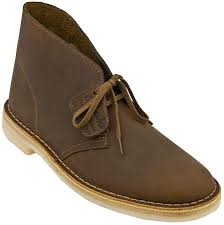 A businessman implicated in July for manufacturing fake Clarks shoes was fined $500,000 or a sentence of six months in prison.

Bhatia was arrested and charged with unauthorised use of trademarks following a police operation on July 15, where 1857 pairs of shoes bearing the ‘Clarks’ and other trademarks registered to C & J Clark International were seized.

The Judge also ordered that the 1857 pairs of shoes seized be forfeited and destroyed.

Meanwhile, four other people who were charged for a similar offence following a separate raid on East Queen Street, Kingston on Thursday, July 17 today face the Half Way Tree Resident Magistrate’s Court.