This post is based on an email that was sent and in no way reflects the views and opinions of ''Met'' or Jamaicanmateyangroupie.com. To send in a story send your email to likeacopcar.78@gmail.com
July 31, 2016 9:43 am

Relatives of Marlon ‘Duppy Film’ Perry, Jamaica’s Public Enemy Number One, say they are living in fear as cops continue their hunt for the man believed to be involved in a string of murders, including those of two policemen last December.

But the fear the relatives are living with is not for any reprisals they may face from Duppy Film’s cronies or enemies. They say they fear the men and women who have vowed to serve and protect the people of this nation. 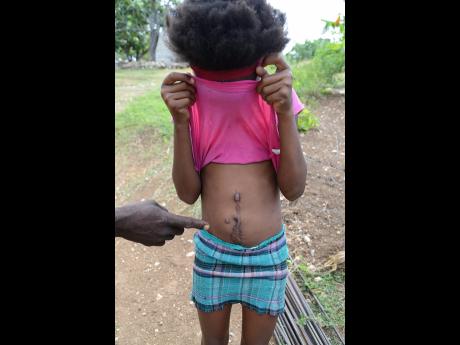 According to the relatives, members of the security forces have been threatening their lives since the fatal shooting of the two cops.

They claim that since the security forces beefed up their search for Duppy Film earlier this year, they are routinely and randomly detained by the police, even as they openly distance themselves from the man on the run.

At least four relatives, two of Duppy Film’s aunts, one of their boyfriends and his eight-year-old niece, Shanallie Levy, have been shot in what they claim were reprisal police shootings disguised as raids at their home in rustic Phillips Field, St Thomas.

At least two dozen relatives occupy the premises where Perry grew up as a child. The property holds six board houses and they claim that two were set ablaze and shot up by policemen in two incidents. 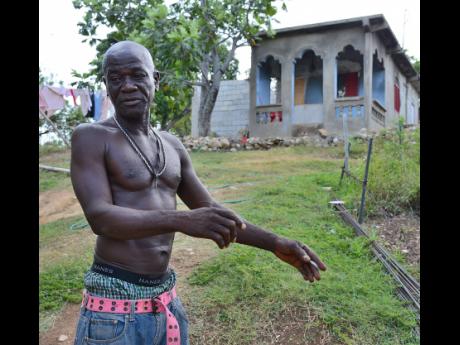 Up to late last week, the police were yet to confirm any of these incidents.

This was done while the occupants, including Perry’s elderly grandmother and at least eight children, were asleep inside the houses.

“Them (police) a take set on we like we and Marlon a walk, or like we a send him go do what he is doing. The police them come in like them want me tell lie, or them want to put something in my mouth,” said Duppy Film’s father, Donavon Perry, his tone more frustrated than angry last Thursday.

“That man don’t trust no shadow. Him don’t trust nobody; not even him family. I would want to see him too, to say ‘bwoy, turn in yu self’, but it is years now nobody here don’t see that man,” said the senior Perry.

According to the father, in 2010, when his son was still fresh on police blotter, relatives pleaded with him to turn himself in.

FACE HIS JUDGEMENT
“Him have nuff more chance if him do that. I see man behind the bars for all 30 years and still come out and live them life. Him is just 24, him young, him still can go face him judgement and come out here,” said the father who left his son at age eight to serve a 12-year prison sentence for shooting. 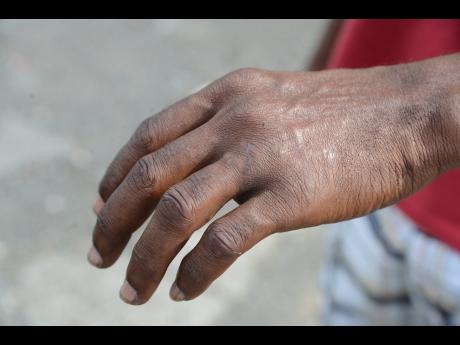 According to Perry, Duppy Film’s mother abandoned him from a tender age.

“When me get myself in a problem with the law, my son still a go primary school. I never left him as no bad man, no tief, no gunman, nothing at all. That means that I am asking the same questions too. What happened?

“Him shock everybody, and everybody is saying that Marlon is supporting people here. Marlon is not supporting anybody here,” said Perry.

He told The Sunday Gleaner that the family has been ostracised by neighbours and that the police interrogate almost anyone who is seen entering the yard.

“From him father go prison from him a baby, him nuh know no madda and no police never come up here yet and ask we how him eat food or go school. So why dem a come terrorise we now when Marlon a big man deh pon him own?” said one of Perry’s aunts, who said she was shot in her buttocks in one police operation.

“Marlon gone how many years now and nobody used to come and trouble us. This is a peaceful area and we never have any of them things there round here. So how all of a sudden, since year, the police terrorising us, threatening us that they want to kill us?” she asked, her voice cracking to tears.

NOT ACADEMICALLY BRIGHT
The aunt said that the last of the two raids by the police at the house were reported to the Independent Commission of Investigations (INDECOM), but said that they have heard nothing from the investigators since.

None of the relatives could say how Marlon Perry came to notoriety as ‘Duppy Film’. His father and aunts said they were made aware of the name only when police called him so in newscasts.

According to the relatives, while Marlon was not academically bright growing up, he was also not aggressive as a teenager.

He hung out with few friends and most of them have already been killed by police, one aunt said.

Because of this, the relatives say they are sceptical about some of the crimes the police have accused Perry of committing.

They are equally puzzled by his ability to elude so many police dragnets. “One man can’t do so many things and move so fast. One man can’t so supple that him get away so many times,” said his father.

It has been more than 250 days since Perry was accused of killing Corporal Kenneth Davis and Constable Craig Palmer in St Thomas, and earned himself the dubious distinction of becoming Jamaica’s Public Enemy Number One.

He is also implicated in a string of other crimes and is considered armed and dangerous.