This post is based on an email that was sent and in no way reflects the views and opinions of ''Met'' or Jamaicanmateyangroupie.com. To send in a story send your email to likeacopcar.78@gmail.com
August 20, 2013 7:08 am 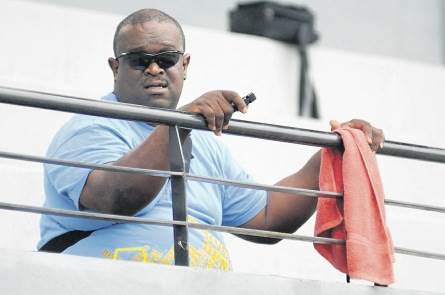 Francis willing to take back Asafa, Sherone – But only if…

MOSCOW, Russia — Coach of the Maximising Velocity and Power Track and Field Club (MVP) Stephen Francis is maintaining his position that unless embattled sprinters Asafa Powell and Sherone Simpson sever ties with agent Paul Doyle, they will have to find another coach and club for the 2014 season.

The outspoken Francis has been openly critical of the role that Doyle played in the circumstances that led to both athletes failing tests for the stimulant oxilofrine at the Jamaican National Senior Championships in June, and told reporters in Moscow, he is not willing to continue coaching the athletes if they don’t comply.

[Hide Description] FRANCIS… I believe it is my duty to say ‘look, if you are not doing what I say to you then you need to go somewhere else, as you are wasting your time and wasting my time’
[Restore Description]
1/2

News of Powell’s and Simpson’s failed drug tests came hours after American Tyson Gay’s doping troubles rocked the local and foreign track and field fraternity and angered, Francis who thinks the athletes went behind his back and did things the club would never have sanctioned.

On the heels of the news, Doyle told the Observer they had suspected a Canadian trainer Chris Xureb who he had hired to treat Powell who had suffered a series of injury setbacks since last year at the Olympic Games in London. At the behest of Doyle, Xureb’s hotel room in Lignano, Italy, where he was with Powell and Simpson at their European training base, was raided by the authorities. The trainer was also detained for about seven hours but was subsequently released.

Francis said the athletes were “asked to remove themselves from the people who in my opinion caused most of this, and so far they have not done any such thing so I am assuming this is the path they want to travel.” Francis then gave an example of the level of how much in the dark he was about what was going on behind his back.

“For example, Asafa was very overweight; he was weighing 214lbs and we put him on a diet plan to lose weight but it wasn’t working, only to discover, now, that he was taking 17 different supplements which I knew nothing about; how can you coach somebody like that? This is the type of behaviour that I want to ensure doesn’t continue because it make no sense”

The MVP coach said, however, that it is not the club that is taking the hard line against the athletes but rather that it is the athletes, who have not complied with the “strict rules” that MVP has had from its inception.

“They chose after several repeated warnings that they were going to conspire with Doyle to get around my prescriptions for them; in other words, if what I say to you is not important to you, if you don’t believe it is crucial to your career, then why train with me? I believe it is my duty to say look, if you are not doing what I say to you then you need to go somewhere else, as you are wasting your time and wasting my time,” Francis firmly stated.

Athletes who test positive for banned substances, he said, are a potential risk for coaches they are associated with and he can’t afford that situation; “I believe it is a serious blot potentially on their coaches’ reputation and the people’s perception of your honesty, and we have very strict rules about what athletes should or should not take. The lengths to which these athletes went to hide this kind of stuff from me, I can’t operate that way and if that’s the way they are going to behave then they have to go somewhere else,” the always outspoken and direct Francis said.

The MVP coach says he has not heard anything from either Powell or Simpson as to whether they plan to cut ties with Doyle, so for Francis, this could be the end of the relationship between the club and two of their most senior members. If the athletes walk away they would join another veteran of the club, Michael Frater who left MVP late last year after he was elected as a vice-president of the Jamaica Athletic Administrative Association (JAAA), also against Francis’ wishes.

Both Powell and Simpson are awaiting a hearing of the disciplinary committee of the Jamaica Anti-doping Agency (JADCo) after their B samples confirmed the positive returns and Francis said a multiplicity of reasons have contributed to their issues right now.

“It is my opinion that the problems they are currently experiencing stem from – one, the kind of company they keep; two, the people they listen to and three, their willingness to ignore the things, I have to say to them and the recommendations that I have made regarding their careers. In my opinion, they are adults and they chose to do certain things.”

Francis, whose MVP club is based at the University of Technology, said the door is not closed on the athletes, but they hold the key.

“I cannot have a reputation of this kind of thing happening and they have gone their own way and done these kinds of things and are about to pay the consequences; now I have said if they are willing to revert to how it was before and are willing to take advice from me as their coach, then I am perfectly willing to have them back,” coach Francis said.